Scientists and engineers working on a Mars Orbiter vehicle at Isro’s satellite centre in Bangalore.​
NEW DELHI (AP) — India on Tuesday launched its first spacecraft bound for Mars, a complex mission that it hopes will demonstrate and advance technologies for space travel.

Hundreds of people watched the rocket carrying the Mars orbiter take off from the east-coast island of Sriharikota and streak across the sky. Many more across the country watched live TV broadcasts.

Officials at the space center described it as a "textbook launch." If the mission is successful, India will become only the fourth nation to visit the red planet after the Soviet Union, the United States and Europe.

"Capturing and igniting the young minds of India and across the globe will be the major return from this mission," mission director P. Kunhikrishnan said from the launch site.

After 44 minutes, the orbiter separated from the rocket and entered into an elliptical path around Earth. Over the next 20-25 days, it will perform a series of technical maneuvers and short burns to raise its orbit before it slingshots toward Mars.

"With teamwork and the kind of dedication we have today, any mission is not beyond our capability," said S. Ramakrishnan, head of the space center and launch authorization board.

The 3,000-pound orbiter Mangalyaan, which means "Mars craft" in Hindi, must travel 485 million miles over 300 days to reach an orbit around the red planet next September.

"The biggest challenge will be precisely navigating the spacecraft to Mars," said K. Radhakrishnan, chairman of the Indian Space and Research Organization. "We will know if we pass our examination on Sept. 24, 2014."

He congratulated the scientists for putting the mission together "in a very limited time." The project began after the space agency carried out a feasibility study in 2010 after successfully launching a lunar satellite in 2008. Prime Minister Manmohan Singh announced the planned voyage to Mars only last year during his annual address to the nation.

"It's a really big thing for India!" said 13-year-old Pratibha Maurya, who gathered with her father and about 50 others to watch the launch at the Nehru Planetarium in New Delhi.

Some have questioned the $72 million price tag for a country of 1.2 billion people still dealing with widespread hunger and poverty. But the government defended the Mars mission, and its $1 billion space program in general, by noting its importance in providing high-tech jobs for scientists and engineers and practical applications in solving problems on Earth.

Decades of space research have allowed India to develop satellite, communications and remote sensing technologies that are helping to solve everyday problems at home, from forecasting where fish can be caught by fishermen to predicting storms and floods.

"These missions are important. These are things that give Indians happiness and bragging rights," said Raghu Kalra of the Amateur Astronomers Association Delhi. "Even a poor person, when he learns that my country is sending a mission to another planet, he will feel a sense of pride for his country, and he will want to make it a better place."

The orbiter will gather images and data that will help in determining how Martian weather systems work and what happened to the large quantities of water that are believed to have once existed on Mars. It also will search Mars for methane, a key chemical in life processes that could also come from geological processes. Experts say the data will improve understanding about how planets form, what conditions might make life possible and where else in the universe it might exist.

The orbiter is expected to have at least six months to investigate the planet's landscape and atmosphere. At its closest point it will be 227 miles from the planet's surface, and its furthest point will be 49,700 miles away.

While it's good that India has successfully setup something forward like this comparing itself to the league of developed nations.

"It still doesn't makes sense how a hungry , poverty ridden , sick person would take pride in this."
I think he should have given a better explanation about the possibilities it'll bring insteading of bringing the concept of Pride for a poor.

BTW , the interesting news is that the Indians were able to acheive the mission objectives in almost 1/6th the cost of a similar mission that could be taken by NASA.

I wish ISRO Best of Luck for their mission and hope for it's accurate accomplishment. Jai Ho!

,Next put a man on Mars before them Chineses

Some have questioned the $72 million price tag for a country of 1.2 billion people still dealing with widespread hunger and poverty.
Click to expand...

Bahahahaha !!!!
Not sure how much millions is looted by politicians and spent on Religious crap everyday despite hunger/poverty.

Science is the only thing that solved/cured/saved millions of lives since the beginning of mankind and questioning its progress and benefits towards mankind is ridiculous !!!

Look at the comments on the page : India launches first mission to Mars

So India gets foreign aid yet has a space program? They have millions of people in poverty but do this? Absolutely disgusting.
Click to expand...

Just another country entering the pissing contest.
Click to expand...

now if they would stop accepting gang rape
Click to expand...

people are dying on the streets in every corner of india and they received foreign aid to launch spacecraft on Mars??? Is this joke right?
Click to expand...

No word yet on whether or not India finally had to call US for tech support on this project...
Click to expand...

What an obscene waste of money and resources that would be better spent on sewer system infrastructure.
Click to expand...

Good for India now perhaps we need not give the country aid, if we still do that is.
Click to expand...

Scouting for yet another "call center" location I suppose.
Click to expand...

Millions illiterate and in poverty and India has a space program?
Click to expand...

quagmire said:
Look at the comments on the page : India launches first mission to Mars

BREAKING NEWS!!!!!!
80% Of those commenters are wanna be White-Person Indian immigrants for sure

If the Indian scientists at NASA right now (who reportedly contribute 36% of the workforce) had decided to work for ISRO, we could have seen this day 30 years ago..

On the name of country, state, city, project, whatnot.

On the name of country, state, city, project, whatnot.
Click to expand...

quagmire said:
Look at the comments on the page : India launches first mission to Mars
Click to expand...

If the mission is successful, India will become only the fourth nation to visit the red planet after the Soviet Union, the United States and Europe.
Click to expand...

Atleast,We did it before the Chineses
G 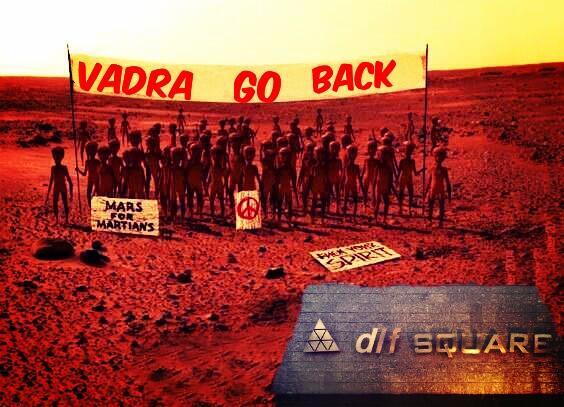 Don't worry. Even US has billions of debts over her.

Debt is/was never an issue. Rather it's increment is.

CommanderShawnzer said:
Atleast,We did it before the Chineses
Click to expand...

yet to go a long way , my friend, chinese sat died while reaching earth orbit, our has reached the orbit, now lets all hope it will gather enough velocity on the scheduled day to get a proper slingshot towards mars.

first test is passed, 2nd test is waiting, after that there will be some unknown number of tests where isro have never set foot before. we can only pray for the best.

icebags said:
yet to go a long way , my friend, chinese sat died while reaching earth orbit, our has reached the orbit, now lets all hope it will gather enough velocity on the scheduled day to get a proper slingshot towards mars.

first test is passed, 2nd test is waiting, after that there will be some unknown number of tests where isro have never set foot before. we can only pray for the best.

Martians! I knew it! They Live underground!

^ i just remembered, ussr is history, and russia never tried another mars exploration after its first failure in post soviet era. so, if india succeeds, it will become the 2nd single country with proven mars probing capability - 3rd single country in the history of mankind.