Ive been doing a lot of searching around lately and ive found out these XINPUT PC gamepads
This is a list of the pros and cons for the best gamepads available for PC.. I am going to exclude most EL CHEAPO gamepads. This list serves as a reference for people to choose the best gamepad according to their budget. The review is based on user feedback only, on various forums and reviews

What to look for When buying a good gamepad ?

- Compatibility - It must have XINPUT support. Older games utilize Dinput. With the introduction of the Xbox 360 controller, games nowadays use Xinput. It is possible to emulate Xinput on a Dinput pad but not vice versa. If you own such a pad, then follow the tutorial here to do so. All modern games "with Games for Windows" logo are preconfigured to work with any Xinput device, just plug and play.. no hassle at all.
- It must have Analog triggers. Modern Racing games and some action adventure games utilize analog triggers for a lot of controls. So, Analog triggers are a must.
- Vibration, although its a personal preference, having force feedback is a nice addition
- Ergonomic, most el cheapo pads are built around the dualshock 2 design with slight modifications. Most of them feel cheap and you may get finger cramps after long hours of play.. Therefore, it is important that you try out a gamepad in a nearby store/friend before actually buying it..
- Durability - El cheapo pads are notorious for lasting only a few months.. But something like the 360 controller can last for years without any hiccups. So invest wisely..
- Warranty - Make sure the pad you buy has actual manufacturer warranty.. Usually fake 3rd party controllers sold in ebay for cheap prices do not have this.. Buy carefully

Cons:
D-pad can be a pain to use, especially in platformers
Not DINPUT compatible (Older games and emulators)


Price : Wired - ~Rs 2K
Wireless - ~Rs 2.5K
Warranty : 3 months
Make sure you have a wireless receiver for PC before buying a wireless one
Also, There are 3 generations of the 360 controllers available.. The original white one is discontinued but it was very cheap when it was released. Avoid at all costs, not worth buying a second hand controller. The second "Black" controller with "Grey undersides" is still available from some online shops like snapdeal, As long as they carry manufacturer warranty, it is fine to go with it.. The newest Xbox 360 S full black controller is the costliest of the lot, with an all black matte finish.. Most online shops have this, its a pretty good product, buy it if you can 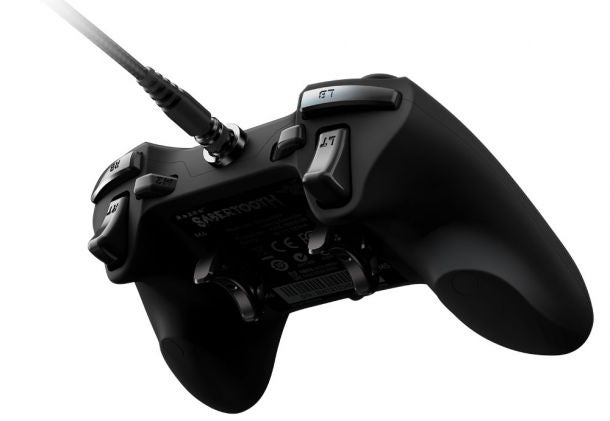 
All the pros of the 360 controller
Much better DPAD
Better triggers
2 Extra macro buttons (You can only use these buttons as secondary buttons for some other button, redundant but meh )
Front OLED display

Cons:
PRICE !!
No dinput support
Price : RS ~Rs 7 K !! Need to confirm
Warranty : 1 year
The Extra buttons might seem like a good addition but believe me, they are HIGHLY redundant. I have tried one myself in a cafe and I found myself never using the extra buttons at all.. The back and start key placed at the bottom of the controller is a nice touch though. If you have lots of cash to burn go for it, otherwise AVOID at all costs PS layout
Note : In order to use PS3 controller on PC, you have to use MotionINJOY DS3 Tool.. In order to use it wirelessly, you need to have a compatible Bluetooth dongle
Follow this tutorial to set it up. its an easy enough process
Pros :
Good Triggers
Good Thumbsticks
Dinput backward compatible
Cons :
A pain to set it up, if you are a newbie
Controller layout will appear as 360 style in most modern games, but the button labelling on controller will be PS3
Not worth buying to use with a PC, considering the pricing
Price: ~Rs 3k
Warranty : Undefined, need to check 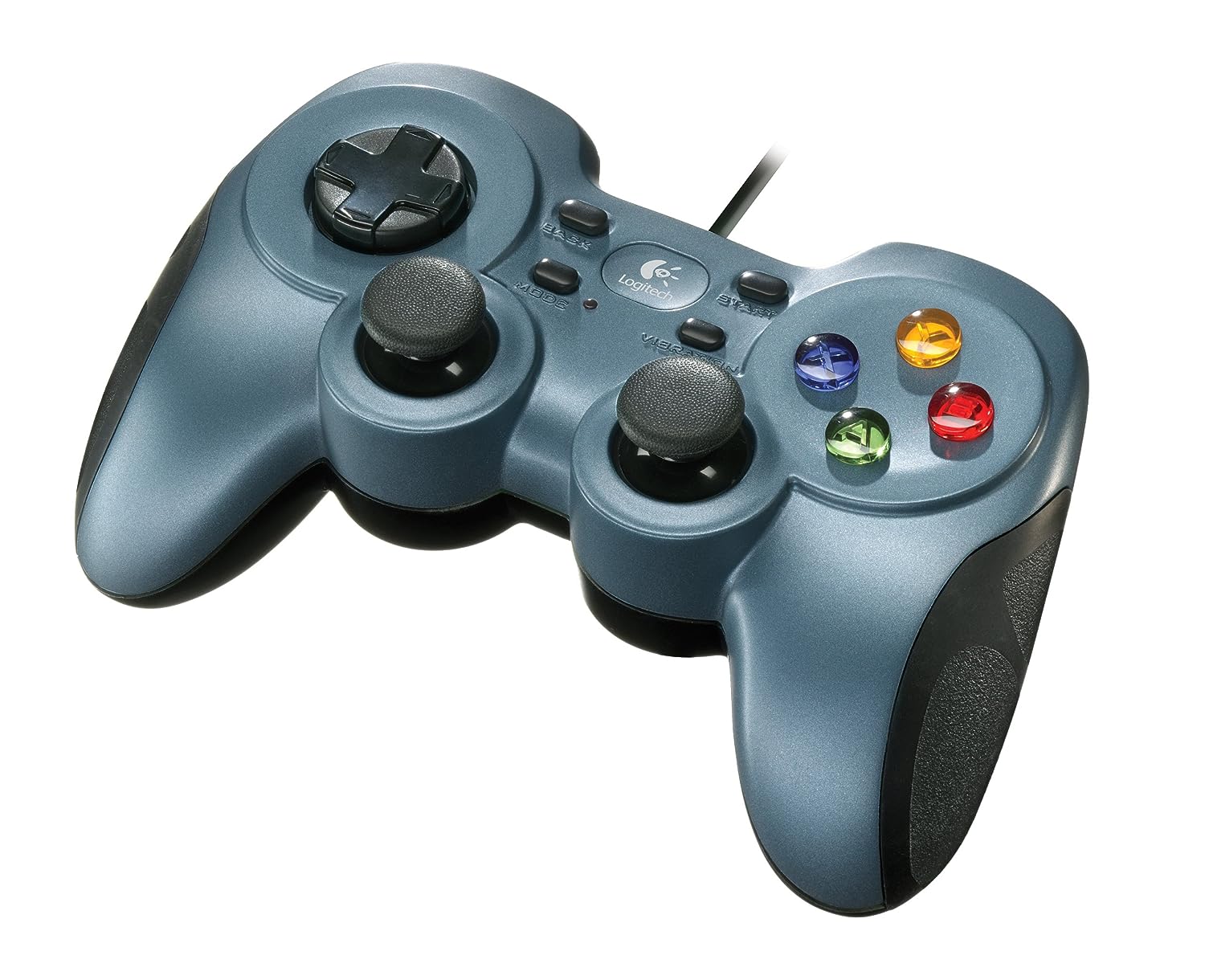 These controllers are exactly the same in almost every way except for the fact that F310 is wired and has no vibration, F510 has vibration and is wired and F710 is wireless and has vibration.
PS LAYOUT but Button labelled XBOX
Pros:
Both DINPUT & Xinput compatible
Better Dpad than 360
Mode button can swap Dpad and thumbstick (for older games)
Good Price
Cons:
WORST Thumbsticks in this list, all three of them.. They have 20% deadzone which cannot be fixed by software means
Triggers very hard to press
Price :
F310 – Rs 1.3k
F510 – 2.1k
F710 – Rs 2.5k
Warranty : Official Logitech site says 3 years for F310/F710, but 1 year for F510. Might be an error, so need to check 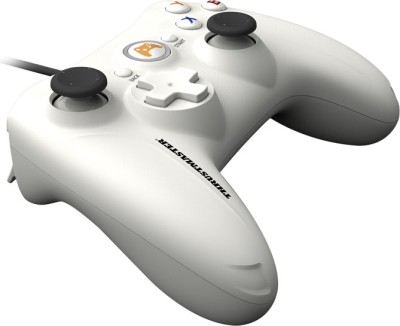 This is a new product, I discovered only recently.. Not many reviews about this, I will update this as soon as I find more info about this
AFAIK
Pros:
Good thumbsticks
Average triggers
Good DPAD
Xinput only
Cons:
No vibration
Wired
Overpriced
Price : Rs 1850
Warranty : 1 year 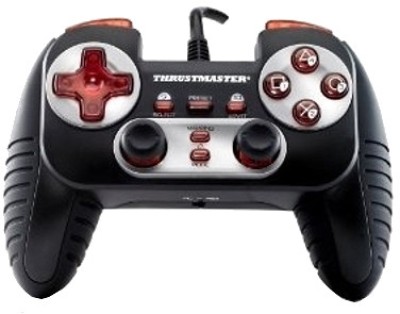 PS LAYOUT
This is a very wierd product, IT uses Thrustmaster's proprietart XINPUT drivers instead of Microsoft's own.. It HAS Analog triggers but I have no idea about their compatibility with normal Xinput games like Dark Souls
Pros:
Extra set of bumpers..
Good price
Xinput compatible
Has inbuilt memory to customize button mapping
Has Dpad, left analog stick swap function similar to Logitech F series controllers
Cons: Pros :
Identical to Xbox 360 controller in every way
DPAD improved
Slightly better button quality
Cons :
Overpriced for what it offers
Wired only 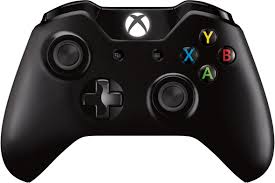 PROS :
Official controller for Xinput games
Excellent build quality
Rumble triggers (No PC game as of today uses these)
Wireless
Excellent triggers
Better 3.5 mm headset jack (Finally supports stereo !!!!)
Connecting the new controller to a micro USB cable will switch off the controller's wireless functions and allow data to be sent through the cord .. In XB360 play and charge kit, this was impossible, a wireless controllers stays wireless..

Cons :
Highly overpriced at least in India (costs around 4k) 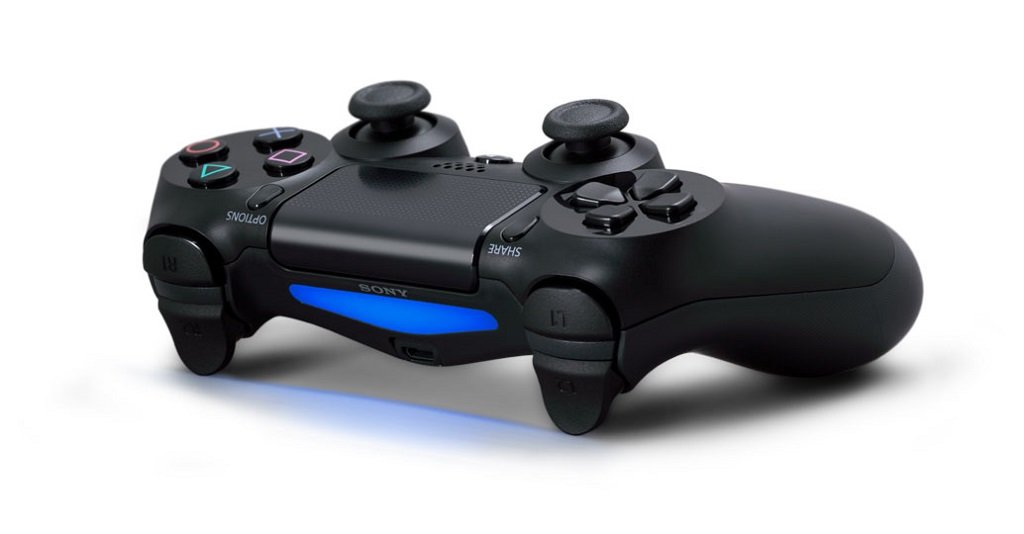 Finally the PS4 Controller has proper driver support for the PC.. Here's a tutorial from start to finish how to hook it up to your PC..
Pros :
Natively works in Dinput Mode, can be converted to Xinput via DS4Tool
Wireless (Bluetooth)
Excellent build quality/Button & trigger quality
3.5 mm audio jack that supports stereo
Touchpad that acts as a mouse when you arent gaming .. The touchpad can be clicked (Lbutton of Mouse)..

PS: Can any PS4 owners confirm all the above points, especially the touchpad ? 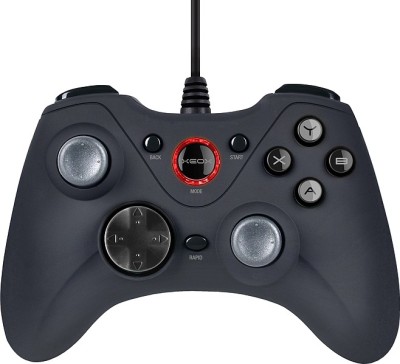 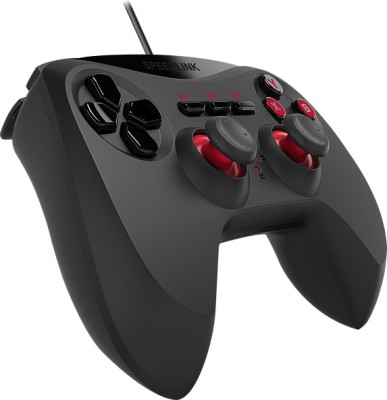 Pros:
both support all Xinput functionalities, as well as some additional features
-analog triggers
-xinput player indicator
-dinput switch
-xeox pro is xbox style, speedlink strike is ps style.. both have xbox labelling which is good for PC gaming
-both come in wired and wireless variants
-build quality based on pictures and youtube reviews seems fairly good, ill look further into this and update
-low price
-turbo functionality (Who uses this anyway lel)
Cons:
I couldnt find any cons, seriously.. except maybe for warranty
-not really a con but unlike the xbox 360/one pad, these lack a 3.5 mm jack.. who uses those anyway lel
-people reporting xeox pro dpad is very loose, it's meant to be that way, as far as i know.. can be an annoyance if you play platformers a lot, the other one, the NX doesnt have this problem as it has PS style dpad

There are 3 generations of the 360 controllers available.. The original white one is discontinued but it was very cheap when it was released. Avoid at all costs, not worth buying a second hand controller. The second "Black" controller with "Grey undersides" is still available from some online shops like snapdeal, As long as they carry manufacturer warranty, it is fine to go with it.. The newest Xbox 360 S full black controller is the costliest of the lot, with an all black matte finish.. Most online shops have this, its a pretty good product, buy it if you can
Click to expand...

Which one is this?Microsoft Wireless Controller (For PC with USB Receiver): Buy Online @ Rs.3174/- | Snapdeal.com
OP

I believe that is an original manufacturer made wireless controller, (Xbox 360S) but Rs 3174 is quite costly, search around you can find for a little bit cheaper

Nerevarine said:
I believe that is an original manufacturer made wireless controller, (Xbox 360S) but Rs 3174 is quite costly, search around you can find for a little bit cheaper
Click to expand...

What the hell. When I bought Xbox controller the warranty was 1yr but not 3 months.
Nice guide by the way.

i recently purchased xbox360 wired controller for PC. How to check if its original one?
i have doubt on the product i have received.
OP

pulkitpopli2004 said:
i recently purchased xbox360 wired controller for PC. How to check if its original one?
i have doubt on the product i have received.
Click to expand...

Pros :
Identical to Xbox 360 controller in every way
DPAD improved
Slightly better button quality
Cons :
Overpriced for what it offers
Wired only

Price : Rs 2.6k
Warranty : 1 year
This list isn’t complete, I will add more controllers in the future…
Click to expand...

And another pro is dual vibrating motors.
R

Nice guide.Thank you for sharing the information.
Last edited: May 29, 2014

about the logitech controller, add point this as well in the con part - very unergonomic & small build structure, people with big hands will feel pain after some time use.

Staff member
Thanks for the excellent guide. Don't know how did I miss this for such a long time
B

I bought the XBox One controller a month back. Overpriced, maybe, but an extremely well built and quality product. Money well spent imo.
OP

The PS4 controller now has proper driver support for the PC.. The best part is that the touchpad works as a mouse It doesnt support all kinds of gestures like double click, click hold but the drivers are in Alpha, hopefully they improve in the future etc..
I will append it in the guide soon.. IMO, its one hell of a controller, only cons afai see is that the buttons are labelled in PS Standard (Circle Triangle Square Cross).. :/
Last edited: Jan 22, 2015
You must log in or register to reply here.
Share:
Facebook Twitter Reddit Pinterest Tumblr WhatsApp Email Share Link
Top Bottom