NFS tweeted today that it will be announcing new game in the series tomorrow.

Here is the first pic they posted 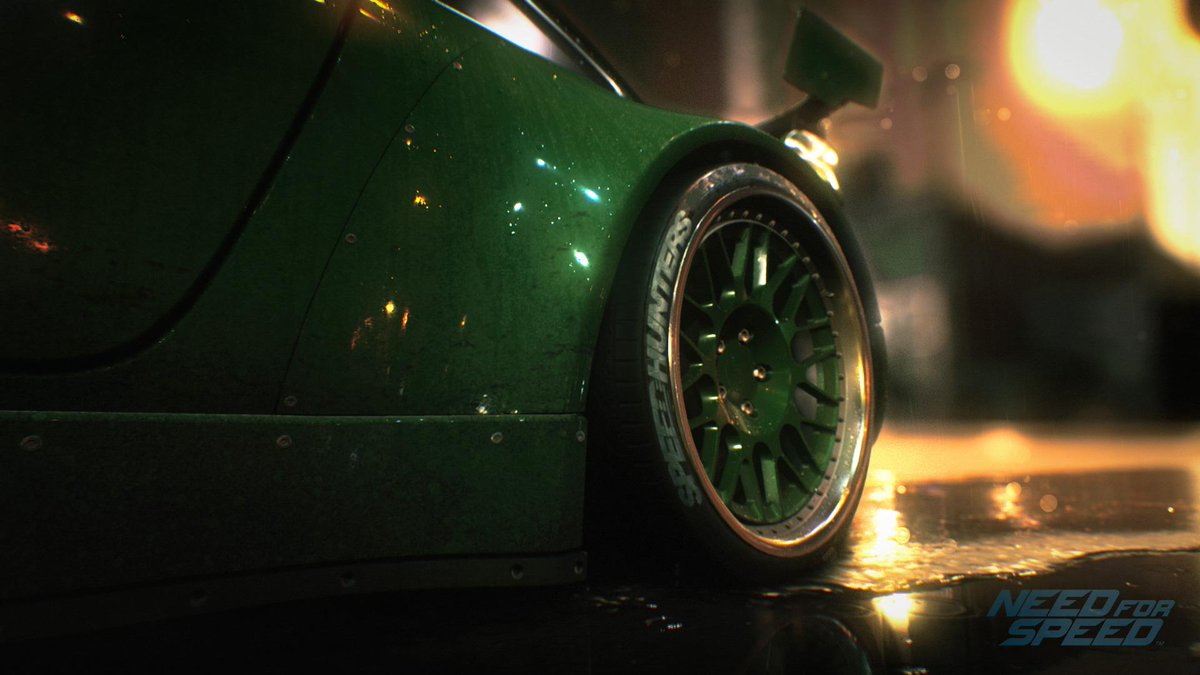 It would be good if its really old wine there. Though last game was just empty bottle (Most Wanted)
S

Holy **** dem graphics. I thought I was watching a scene from a movie then the teaser ended by saying in-game footage!

well it's EA, i'd take everything with a grain of salt, i don't remember the last NFS i thoroughly enjoyed after NFS:MW or carbon.

For the graphics, everything looks good when dark and wet, see how good DriveClub looks on PS4 with rain.

Give me my classic NFSMW back. I love that style of gameplay so much.
If that can be coupled with multiplayer and graphics like this.. It would be killer.
NFSMW 2013 was pathetic in gameplay.

If gameplay is anything like Underground 1/2/MW/Carbon I am hyped! Not particularly fond of story in NFS games.

Criterion added some Burnout elements in gameplay which was nice in the beginning but it soon it became boring and it made the franchise depart from its roots. Hopefully they bring the old NFS back with super powerful arcade cars.

Let's get some things clear about the series.

I love the NFS II that used to run on my Pentium II machine 15 years or so back. I loved NFS: Porshe Unleashed in about the same era.

Thereafter, I loved NFS Underground 2, it had a mild storyline and good racing action.
Then, NFS Most Wanted (2005) was amazing. It had an even better storyline, and a whole lot of racing fun. Gameplay was great in this game.
And by this game, the world got to know the story of the iconic M3 GTR, which gunned down Porsche in the ALM Series of 2001 or so...


Then I took a break of some years and installed the NFS The Run. DRM tortured me for a day or 2, the first for a NFS series. Initially my reactions were that it looks amazing and a storyline is there too.

Some playhours later, it all faded.... Storyline a bit too predictable.

And Gameplay? Let's see... How do you like to get crashed into another car, when you enter a decline after a climb with barely 0.01 seconds to react? And then take 5 seconds to spawn back.

Tell you what, these crashes are neither realistic (because you spawn back), nor are they satisfying to experience (time lag). And traffic comes from anywhere....

Multiplayer a bit too glitched, favouring those who have better internets and some of them cheat too.
Sometimes the whole road is blocked with traffic, specially when you're last of pack in a multiplayer game....
There are cars which you can't play with, because you may not have a friend or don't wish to play online, or don't wish to pay money for further cars... So, some kid online always wins, because he has cars you don't.

And picture this... With great difficulty, I'm running in 1st position and suddenly, traffic barges in such a way that no space is left and I crash and drop down to 6th.
Where is the Logic engine??


Makes you wonder, do these EA guys play their own games anymore?? Why do we play games? To get frustrated before and after installation, is it?

[MENTION=148944]Samarth 619[/MENTION] - Same as you, enjoyed NFS II, Porsche, Underground I & Most Wanted.
But then I absolutely loved Shift I & II with that helmet cam. The feeling of speed was great in these.
Among the rest that I played, I thought were between okay (Hot Pursuit 2010) and bad (Hot Pursuit I , Most Wanted II).

I hope they have done something good with the one year break. Can't really say much just based on the teaser.

I don't really know how to react. It looks all the same to me, lets see how it turns out. I am neither hyped nor optimistic for this game.

Staff member
Need to wait for a year after the release to get a fair price for this game. F**king Origin sells at ₹3499

alienempire said:
Need to wait for a year after the release to get a fair price for this game. F**king Origin sells at ₹3499

Oh well another NFS announcement, what a surprise from EA.

Never had any good Racing games except incredibly small number of titles IN PC to begin with. Admit it, only NFS was there when PS, XBOX guys were driving thousands of cars in millions of tracks.

P.S.-- NFS Rivals was a damn good game, it had awesome visuals and Ferrari. NFS had never been a slouch in car visuals and awesome tracks.
OP

Well I liked a few games in series : most wanted (old one), hot pursuit 2 (old one , liked most) and the Run.

Alok said:
Well I liked a few games in series : most wanted (old one), hot pursuit 2 (old one , liked most) and the Run.
Click to expand...