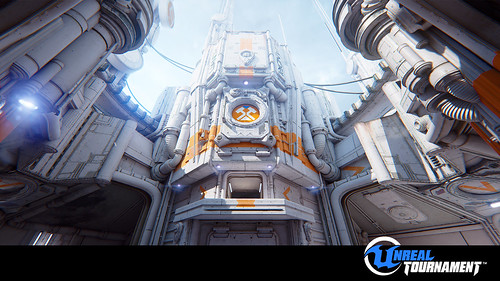 Game:Unreal Tournament
Developer: Crowdsouced
Publisher: Epic Games
Platform: PC
Some of you might already be aware, the new Unreal Tournament is here!!! This deserves a thread of its own!

The new thing they are trying this time is that the development is croudsourced will be driven by a collaboration between Epic, the UE4 developers and the UT fan community. It is open for all and anyone can create content and contribute in other ways.
Also, the game is going to be free. And no it is not free as in candy crush free but TF2 free where only cosmetic items would be available for purchase.

Pre-alpha is already released and rest assuered, judging by the quality of the pre-alpha, this is going to be a very polished and stunning multiplayer game (once it hits steam)

Note: Game is in pre-alpha. Lots of kinks to be fixed and lots of content yet to be added.

So far there are two full textured maps available(1 stock and 1 user created) while two more will be added next week.

Also some weapon look and feel has changed.(Take a look at the concept art below. Those all are now available, in-game.)

Seems they have finally learned from the mistakes of UT3. So far the game play is more or less a mix of the original UT and UT2004. The server browser is rudimentary and there is no match making yet like CS:GO so noobs will be thrown in with long time pros at the same time. Overall however, the online gameplay is still balanced. The insane pace of the previous UTs excluding UT3 is still there.

They have still implemented it yet but like previous titles, this one is also going to be advertised as an e-sports title. (Considering there is still a decent player base for UT2004.) Epic is also organizing multiplayer events to promote the game and also to take feedback. I believe one is being organized this friday. 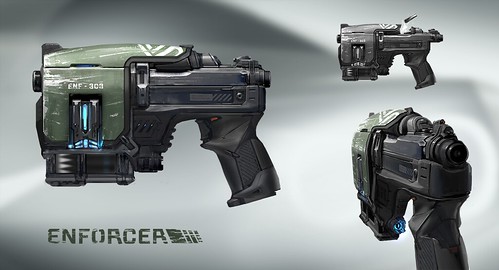 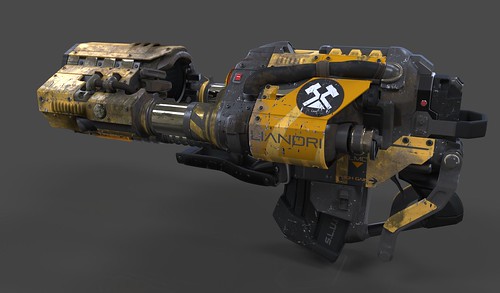 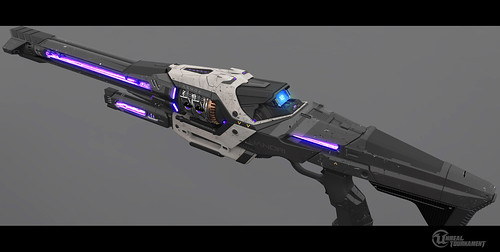 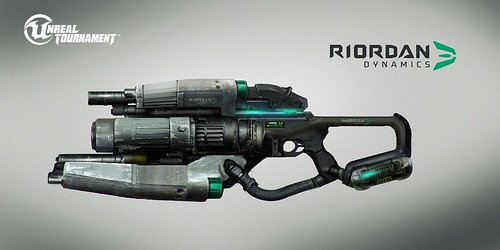 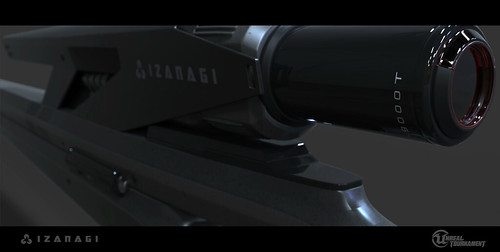 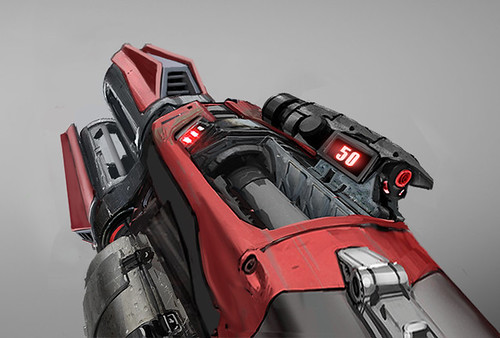 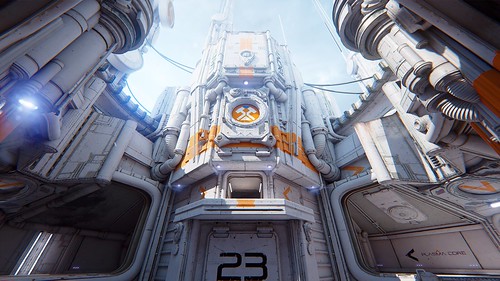 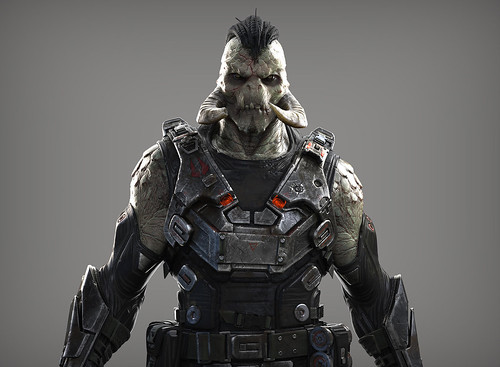 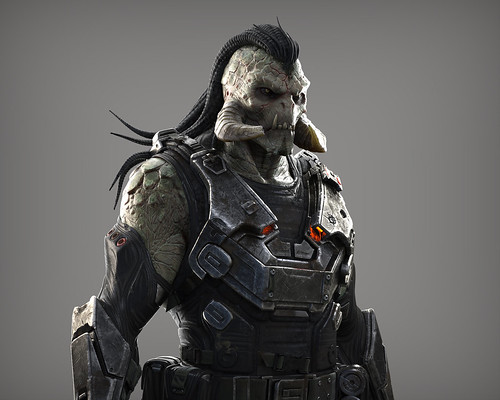 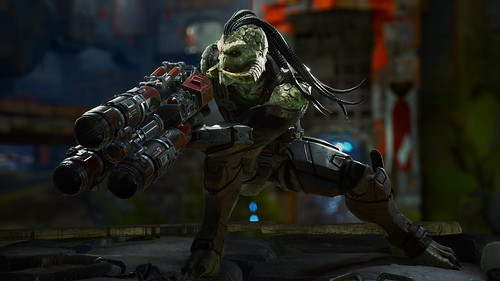 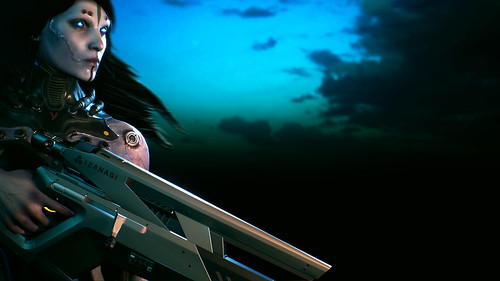 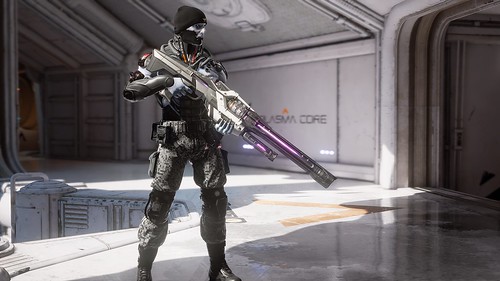 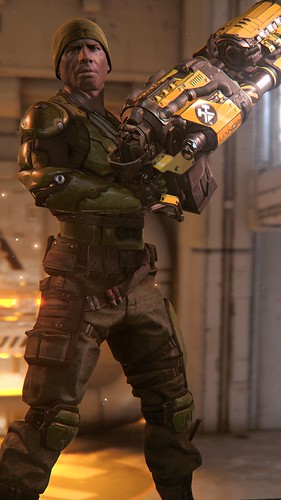 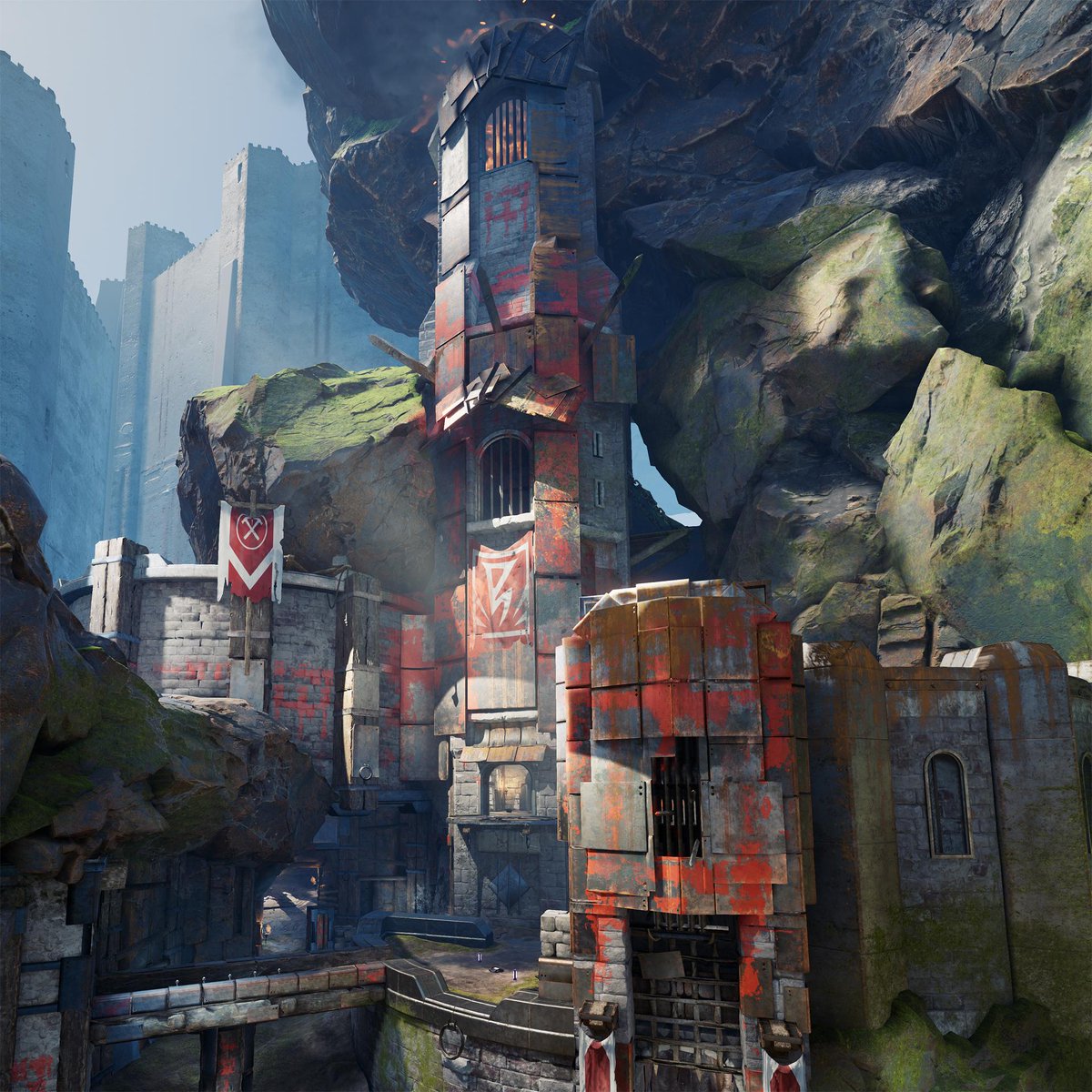 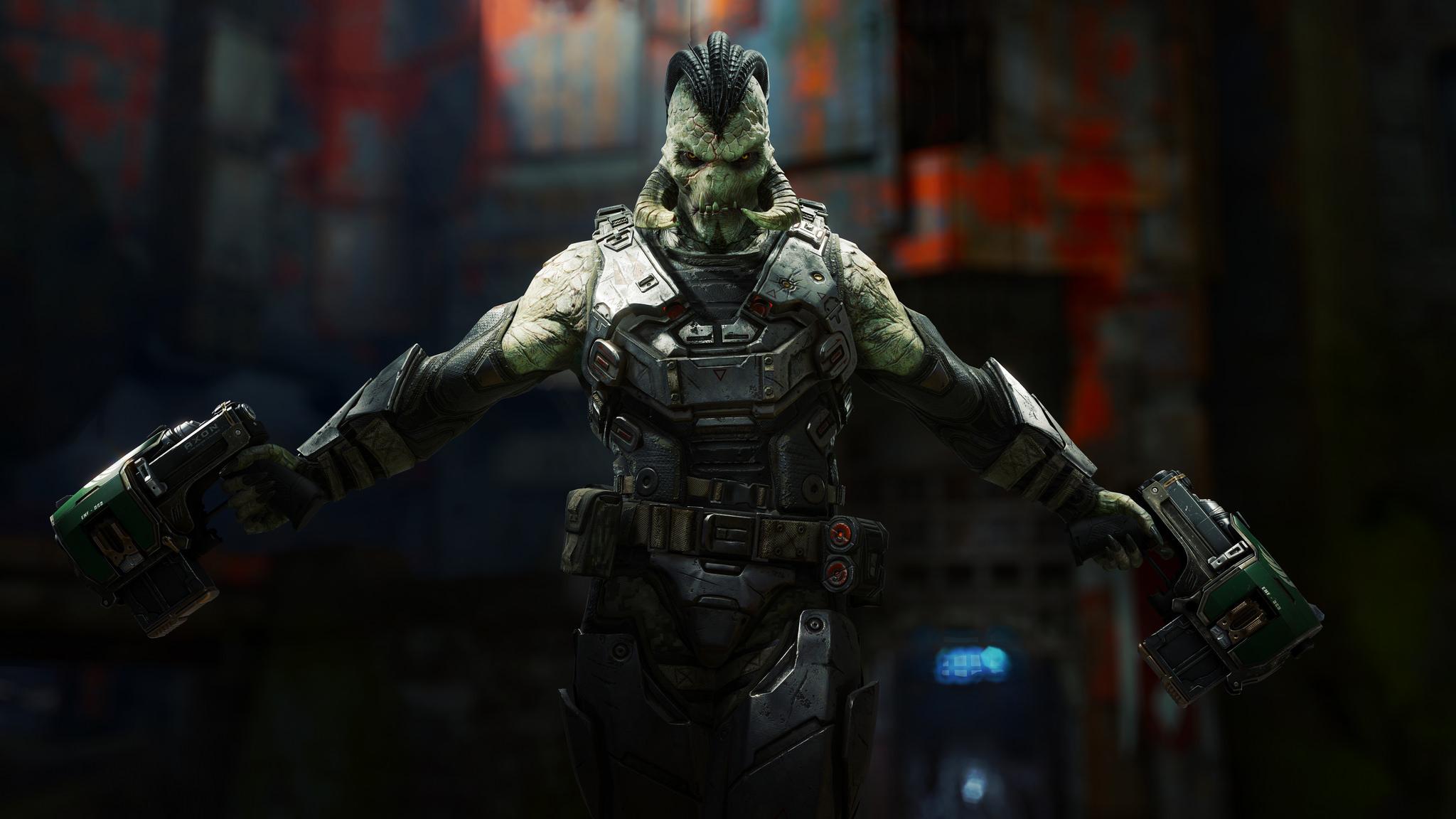 Donwload from : https://www.epicgames.com/unrealtournament
Last edited by a moderator: Sep 12, 2016

Is it released dude...
Or is this a beta

installed and played some of the new maps in the pre-alpha for a while now, everything's new, better....keeping some good old stuff untouched but polished.

One problem remains -- Everyone wants everything at the same time while jumping.

THIS generation, these indignant players who take on-line gaming as a place to only perceive annoyance, pain, distress and uncontrolled anger over others for no good reason and curse over each other's mothers is aggravating and therefore destroying the core game play.

There will be nothing left but the pros kicking an insane amount of arses in the initial phase, and since UT has lot more space given to players to actually give no f***ks to strategical mindset or gamplay and simply kill with skill, it will take a lot of time to streamline UT experience from a clusterfk to a Pro-league tournament level e-sport.
OP

sam_738844 said:
There will be nothing left but the pros kicking an insane amount of arses in the initial phase, and since UT has lot more space given to players to actually give no f***ks to strategical mindset or gamplay and simply kill with skill, it will take a lot of time to streamline UT experience from a clusterfk to a Pro-league tournament level e-sport.
Click to expand...

Agreed. That's why a skill based matchmaking tier is so vital. CS:GO has implemented it beautifully. I hope this follows the same principle and we can have more even skilled matches going. Newbs will be able to find it easier to build their skills and move up the curve, Skilled players can compete evenly and pros can participate in spectacular e-sport level matches.

Will update OP with link to the game.

Staff member
Admin
Is it still in alpha?

This and new Quake. What a time to be alive!

Desmond David said:
Is it still in alpha?

This and new Quake. What a time to be alive!
Click to expand...

Yep, still in alpha, but its completely open source so you can also contribute

Staff member
Admin
I don't think its open source. The addons/mods could be but not the engine itself.

Desmond David said:
I don't think its open source. The addons/mods could be but not the engine itself.

Yes it is, you just need to create a account at epic games and link it with github The engine is not open source. The game's source code is published on github where we can suggest commits to the developers who periodically release a new version about once every month.

Changes are agreed upon on the Epic Games forums.

The development of the game itself is progressing rather slowly. But a big update is promised for the fall with a new gametype and several new maps.

As of now, there are 5 fully meshed maps and several empty shell maps. 4 unique characters and gun models for most of weapons are finalised.

Gameplay is still heavily debated on the forums while weapon balance is has improved since the last build. We will have to wait for the game to come out of the alpha stage into the beta.

Staff member
Admin
So this is the UT source code.

Unreal Engine's license is not clearly open source. According to wikipedia, Unreal Engine 4 is "Free to use, with access to source code; 5% of gross revenue after the first US$3,000 per product per quarter"

Free to use does not always mean open-source

Staff member
My appologies, I didnt read your previous post correctly. Yes, Engine is not open sourced, but you can contribute to it.

here is the license and the page https://github.com/EpicGames/UnrealEngine ( you need to have a associated github account to view this or else you will get a 404 error)

Your access to and use of Unreal Engine on GitHub is governed by the Unreal Engine End User License Agreement. If you don't agree to those terms, as amended from time to time, you are not permitted to access or use Unreal Engine.

We welcome any contributions to Unreal Engine development through pull requests on GitHub. Most of our active development is in the master branch, so we prefer to take pull requests there (particularly for new features). We try to make sure that all new code adheres to the Epic coding standards. All contributions are governed by the terms of the EULA.
Click to expand...

Game is nice. What is ETA for release ??
OP

gameranand said:
Game is nice. What is ETA for release ??
Click to expand...

It doesn't have a release date yet and given its development model, it may never will. But, it could be downloaded in its current state at the link given in OP and has some 8 complete maps and more empty shell maps. It even has a "sort-of" singleplayer ladder like the previous games where you level up your profile with each game and earn stars and unlock new characters. More game modes/maps/characters will be added in subsequent releases.

I am just playing offline with bots because servers are high ping as of now and its unplayable because of my net connection.

BTW I am surprised by the lukewarm response to the game in this forum. I have been lurking here since 2005 and IIRC there were many hardcore UT fans here back then.

Staff member
Admin
I just downloaded UT pre-alpha. Anyone wants to try out the multiplayer with me?

Been playing UT since 99!! ...I too am waiting for the latest release. I prefer UT over CS BTW

The latest release is the pre-alpha that you can download for free.