My prediction and insights

1) The cpu inside xperia m and xperia l successor will be same dual core krait with adreno 305 but they will be little bit overclocked to 1.2 or 1.4 ghz ( these are incremental updates performance wise)


Buyers looking to buy phones should hold on if they can and wait as the new models are going to be announced next month and they can get better value for their money as all of them will get Android 4.4 kitkat along with hardware upgrades

some Devices will be announced in

and some devices will be announced in

P.s - benchmarks scores and predictions are based on the Leaks which generally turns out to be true especially in case of Sony

looks like the model d2004 is xperia e1 and d2104 is e1 dual as per FCC filing if true then it would be really great to have that level of performance in the price segment of 7-8k ...

Does Xperia M or M Dual have a KitKat update?

now i know what is CES & MWC 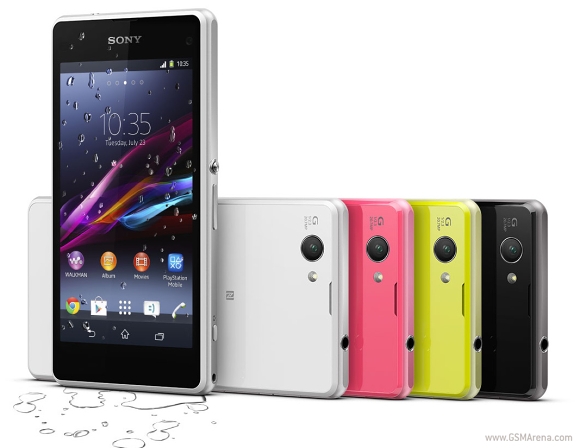 Storage : 16GB built-in, microSD card slot
with support of up to 64GB

no other launches so they will be launched in mwc


bavusani said:
Does Xperia M or M Dual have a KitKat update?
Click to expand...

99% no there won't be android 4.4 update for xperia m officially.. only unofficially through xda.. maybe a slight chance it might get android 4.3
Last edited: Jan 7, 2014

Finally someone heard our plea and released a beast without an obnoxious screen size. props to Sony for this

In India it will be below 35k.

Staff member
35k is still too much. If it's below 30, then only we can expect a good sale.

Anyway price isn't an issue as it's a unique device and has no competition whatsoever. Iphone 5S is the only phone that can be compared to it and I don't need to mention how much 5s costs

dashing.sujay said:
35k is still too much. If it's below 30, then only we can expect a good sale.
Click to expand...

Even the Chinese brands would never provide a below 30k handset that comes powered with Snapdragon 800, 20 MP camera with carl zeiss optics ( at least on paper for now) and Expandable memory

sushovan said:
Even the Chinese brands would never provide a below 30k handset that comes powered with Snapdragon 800, 20 MP camera with carl zeiss optics ( at least on paper for now) and Expandable memory
Click to expand...

I was speaking from purely business/sale point of view.
No doubt this is a phone which really is unique has nearly zero competitors. Even I was waiting for it from yesteryear.
Also, Sony had been pretty good at pricing in recent times, that's why my expectation.
OP
R

realistically this might be priced at 36k ..
don't forget this is still a flagship device..

this is a very niche device for those who want highest performance in a compact size..
it's just 1of a kind device right now .. Sony itself wont be expecting to sell big numbers but this will start a trend where other manufacturers will start rolling out "true" mini versions of their phones.. and not some crippled down version with midranger specs ..

but the biggest and the greatest thing they have done is to finally ditch that old tft display and use IPS instead.. now no more complaints of terrible viewing angles and a poor display compared to other flagships..
z1 was great but still behind g2 .. now its head to head..

this will be the year when they can actually take away sales from LG and Samsung..
but I am still bummed that they haven't got rid of that dull wallpaper.. it just makes the screen appear pale in both photos and in person while its not .. their 2012 wallpaper was excellent..

The Sirius reportedly packs a Snapdragon
800 – the MSM8974AB variety, in which the
GPU and memory are clocked higher than
the base version. The earlier rumor said
Snapdragon 805 instead.

Yup IPS this time, so no more display complaints.

Well hope their display doesn't s**ks this time in context with viewing angles.
Z1 compact looks good to me. But it's a bit costly , a price tag of ~30k would suffice.
OP
R

that's highly unlikely... if you believe the leaked benchmark above...
quad core krait would directly apply that the gpu is adreno320..

before the leak benchmark I was hoping they would use 1.7 GHz dual core krait with adreno 320 same as xperia SP .. adreno 320 is a beast more than twice as fast as 305..

what they might use is krait 300 cores instead of krait 200 . that chipset will have support for 1080 p playback..

but xperia l is still a great phone I just hope that they replace the screen with a better one.. it pales even in front of galaxy core.. maybe use 960x540 resolution 4.5 inch..

Don't have such high expectations from the L refresh, chipset wise it's only a slight step up over the original. Main improvements are elsewhere.