Has anyone ever thought , an indie developer can challenge the high profiled ones? In the past we've seen indie devs showcasing their impressive talents with innovative concepts.
Games like Journey, simply are a work of art and goes head to head with AAA titles for the top spot.

But now comes a time, when indie studios step up to challenge big players like turn 10 and polyphony digital.

Enter Project CARS by slightly max studios. The game for the first time, is being developed as a Community Driven Development.
What this means is that the game does not have a big singular publishing partner, responsible for higher development costs. It uses
the WMD (World of mass development) portal, which allows developers to simply join in and start developing and is not restricted to a fixed set of developers.

Its in pre-alpha stage so far, and the game looks phenomenal.

Coming to PC, PS4, XBOX-One , Steam-OS (you read that right) and Wii-U, its all set to raise the bar to new heights.
Its one of the big titles to be released on Steam-OS.

Yeah, one of the racers I'm looking forward to, first being Assetto Corsa. But heard this game is aimed at - even though an indie - larger group of audience, the physics are semi-sim unlike Assetto.

The graphics are darn juicy and will be a main selling point.

wow man the trailer was amazing, the gameplay too, i will surely but this game i really hope it isnt firspt person only 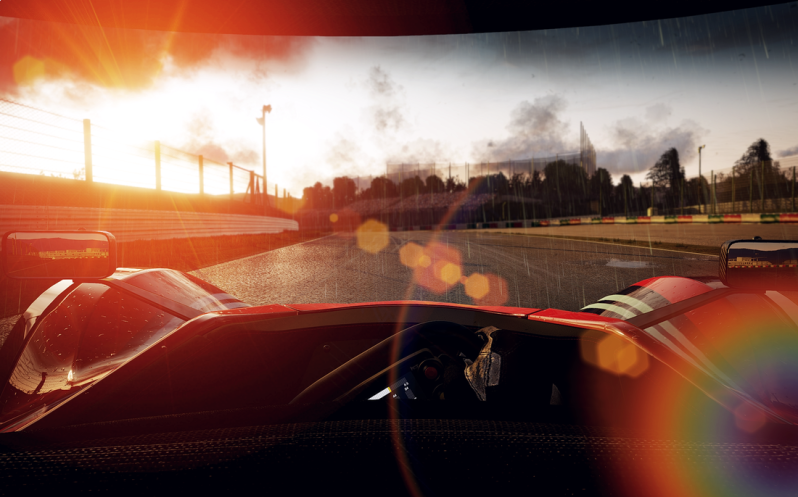 Holy Sh1t. This looks just awesome, finally a racing game that I am looking forward to. BTW didn't Slightly Mad studio worked under EA for Shift sub series in NFS ?? Those games were also very good but with bugs also.

even they should have off road racing.

Definitely a must by for PS4

Good to have it on PC Still waiting for forza ms for pc :/

Project Cars was for PC from the start, a good buy for sure. However the release date gets extended all the time.

It's going to be released mid May. Anyone going to buy it? I m thinking of buying it but will wait for reviews, and check for the download content( as i don't want to download big patches of 5-10 GB after the fiasco of MK-X). If the disk contains the full game, then only I shall buy it .

7 May to be precise. Game looks really nice but I guess I'll wait for the sales. Too much on my plate right now.

Summary: Don't buy if you're planning to play the game with gamepad or keyboard. You actually need a steering wheel to master the game

Well this was little expected . Its crowdfunded by hardcore Sims fan so they will definitely make it a hardcore sim . Other reviewers have said that it worked pretty good with normal controller , so its worth a try . Cant wait to try this on my wheel . PHOENiX_ said:
Can i buy a Used Cheap Tata Nano and use the Steering Wheel or should i look for Ferrari FF Or Mclaren P1 Gearbox assembly to ensure I can Master the game?
Click to expand...

Project Cars -- Too much for me. Its like a serious driving sim for pros. Not getting entertained after driving cars, which beats my very idea of playing games, worth collecting the game though. Visuals are average.

Staff member
Bought the game. I haven't played a racing or a sim game in long time. did a few laps of Spa. need some time getting used to driving using the controller. graphics looks good, but I need to tweak the gfx settings. getting 60+ on ultra with AA on with a 970 + i5 2400 .

RCuber said:
Bought the game. I haven't played a racing or a sim game in long time. did a few laps of Spa. need some time getting used to driving using the controller. graphics looks good, but I need to tweak the gfx settings. getting 60+ on ultra with AA on with a 970 + i5 2400 .
Click to expand...