Zangetsu said:
So, I have to watch Kaithi first ?
Click to expand...

Zangetsu said:
So, I have to watch Kaithi first ?
Click to expand... 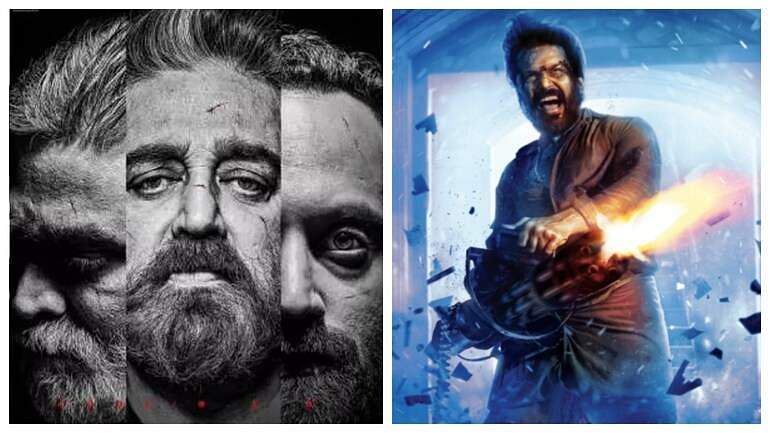 Director Lokesh Kanagaraj confirms that Kaithi and Vikram are interlinked

Ya, one of the reviewers has said that Lokesh has now created a Universe like Marvel

Future is excellent for Tollywood now

valhalaratnik said:
Is Matrix 4 worth watching? I have it on my SDD, but I'm still not eager to spend 3 hours of my time on it.
Click to expand...

Zangetsu said:
Ya, one of the reviewers has said that Lokesh has now created a Universe like Marvel

Future is excellent for Tollywood now
Click to expand...

Based on a jewelry robbery that occurred in Kasaragod in 2015.

Sye Raa Narasimha Reddy (2019) - 8/10
This movie is damn good. The War scenes are the best I've seen. Full of Patriotism and excellent end credits
Even better than Bahubali . Though a bit lengthy but a must watch for all.

It's a Prequel to Predator's origin story of the first Predator alien to appear on Earth.

Watched LSC 2/10
In short- Maza nhi aaya, did not have that feel of Forrest gump.

In long(Contains spoilers)
- The movie kicks of kind of ok, not to great. It is pretty much copied from Forrest gump. But they however missed some major things, They completely forgot that indian army recruitment is different from normal one, and they cannot recruit Low Mental ability/ PwD candidates like that. Also, That terrorist/soldier captured did not have any uniform or badge when captured, how can the army let him go away? Army classifies such people as prisoner of war. Secondly, the equivalent of table tennis part was missing. During the part where he sets up his own company, it felt way too artificial. Is that Pakistani basically taking indian earned money to Pakistan to setup school without getting under radar of Government? Indian money is used for laundering and trafficking by terrorists. How did no one catch him?

And most major blunder, What language was he speaking throughout? That was definitely not Punjabi. I live among Punjabis and that was just Hindi but swapped few words to sound like it. He didnt have to give that PK look in the movie, it was totally useless in that context.

Neither was it a perfect copy, neither a perfect adoption.
This was first time after covid I went to cinema... OTT has made everyone lazy.