Well Dirt 2 was an epic in rally racing games and codemasters are not in a mood to stop. So here we are with all the news of Dirt 3.
Developer - Codemaster
Publisher - Codemasters
Release Date - 24 May 2011

Here are some videos and screenshots. 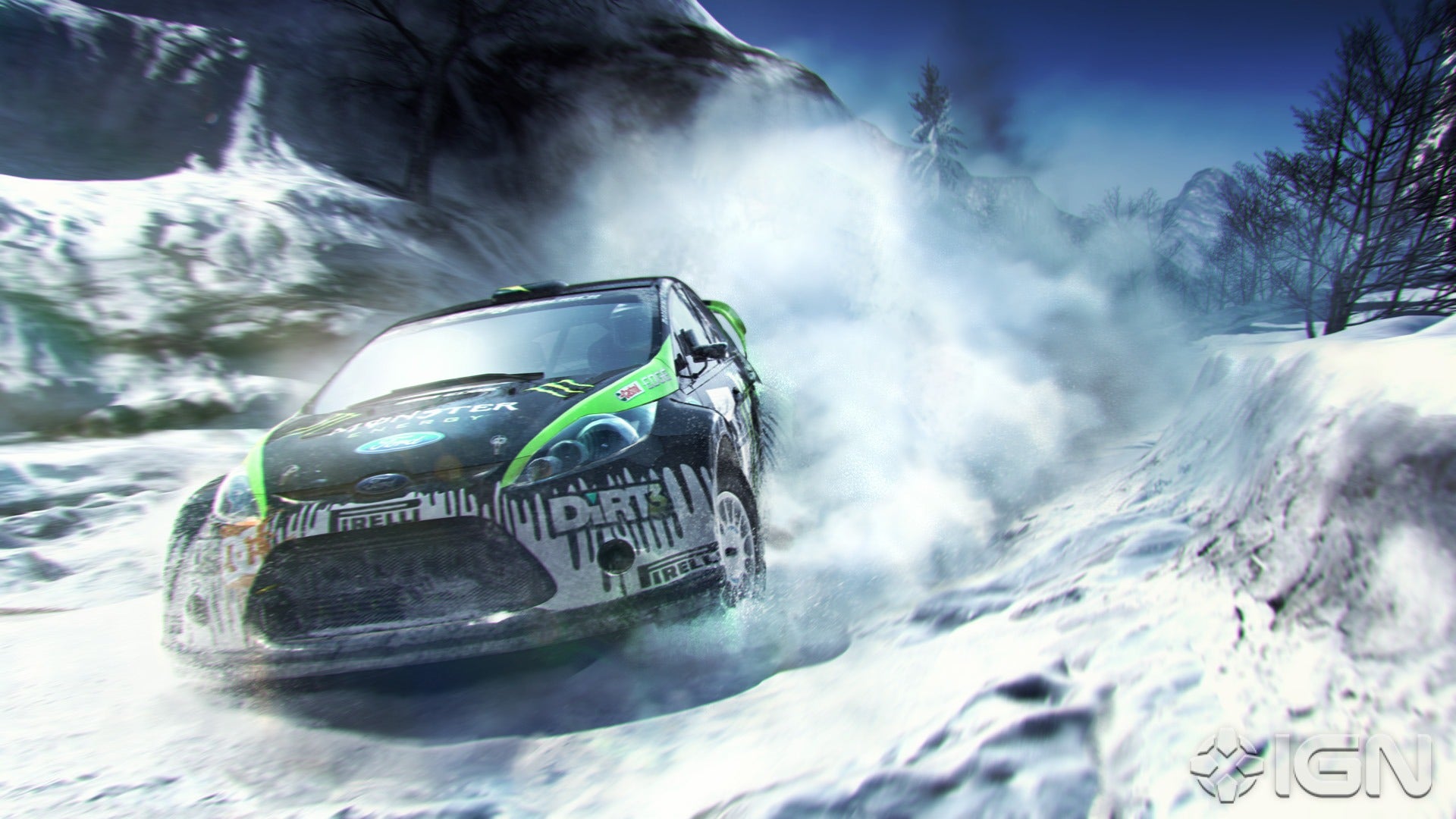 This game is coming with a whopping 50+ rally cars.
Eurogamer

They are also introducing snow rally for the first time in dirt series.
This game will feature more party modes and also feature a multiplayer race known as Undead. In this game the racer will have to infect others until time runs out.
Last edited: Mar 4, 2011

Incredible graphics. This is going to be the ultimate rally racer. Even dirt 2 had no competition.

I got Dirt2 for PSP and it sucked.

^^ I have the pc version and its miles away than the psp version. Its DX11 you know.

vickybat said:
I have the pc version and its miles away than the psp version. Its DX11 you know.
Click to expand...

Yes I have that too. And man the graphics are incredible no one can come anywhere close to it not even hot pursuit or any other racing game. It was one of the first games which supported DX11.

Ishu Gupta said:
I got Dirt2 for PSP and it sucked.
Click to expand...

The thing that I liked too much was that this game was very optimized. I mean it runs faster than NFS Shift and Hot Pursuit and it had better graphics than both of them. I wonder how codemasters optimized this game so nicely.

I will choose Shift over Dirt 2, in terms of graphics. Dirt 2 sure supports DX11 and might look kick ass in it. But Shift's car models and tracks were very exquisitely detailed.

vamsi_krishna said:
I will choose Shift over Dirt 2, in terms of graphics. Dirt 2 sure supports DX11 and might look kick ass in it. But Shift 2's car models and tracks were very exquisitely detailed.
Click to expand...

Shift was more of track racing and dirt 2 was rally so dirt 2 had many tracks and finely detailed. Try to play a race in dirt 2 in cockpit view and watch what happens when you go through water. You actually can't see a damn thing for a couple of seconds until that thing(don't know the name actually) which cleans your wind glass. Also the dirt were highly detailed. I mean the look of your car before the race and after the would be entirely different before race it would be colorful and after race full of dirt.
Yes I do agree that shift had more detailed cars but overall and for vehicle damage I preferred Dirt 2. No offense everyone has his own perspective and I respect that.

@ cyborg47
Searched many sites didn't found anything useful. Its TBA.
Have you played Dirt 2 ?? If you liked Grid then you should love this one too. seems like codemasters are busy with dirt 3.

^^ Grid 2 might use the dirt 3 engine and will be epic. It has the potential to give gran turismo 5 a run for its money.
OP

^^ Yeah but who know may be Dirt 3 itself will give GT 5 a run for its money because as much trailers and graphics I have seen it will be an epic. Of course it won't 1000+ cars but who really drives even 20 to 30 cars in a racing game???

^^ True but graphically it can. And in rally racing I don't think any game come close to it in ant aspect.

^^gt5 also has WRC modes and they are spectacular to look at. But you are absolutely correct that dirt series is in a class of its own. Truly phenomenal.
OP

^^ Absolutely controls are hard enough to challenge you but not that hard to frustrate you. Mostly simulation games have kinda hard controls and so difficult to master but in this game you just need some practice and you are good to go.

^^ A steering wheel combo from logitech will do wonders for this game. Its tailor-made for that.
OP

^^ Damn I don't have 25k for that. Shite damn me. So my XBOX 360 controller have to handle this and till now it did that perfectly. I love vibration and each and every aspect of Dirt 2 and eagerly waiting for 3.