Good News Call of Duty Police Warfare coming 2013 its a Fan made game it will be a A mix of Battlefield, Grand Theft Auto and HEAT. 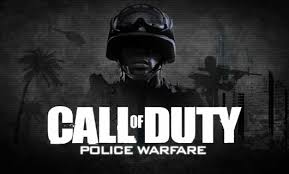 Police Warfare, a fan-made concept pitch for Call of Duty, was released back in February. It wasn’t supposed to be much more than that, but the concept’s incredible reception encouraged developers at Elastic Games to make it into a full-fledged product. They have a Kickstarter now to fund the project.

The name ‘Police Warfare’ is rather cheesy, which the developers, thankfully, said will be taken care of during production. Currently, the focus is on making a fast-paced, engaging first-person shooter which has elements from Battlefield 3, Grand Theft Auto and HEAT.

The game will be a class-based, 32-player shooter, with a multiplayer mode similar to Battlefield’s ‘Rush Mode’, called ‘Heist Mode’. Here, players are required to destroy bank vaults and steal money rather than capture points.

“We’re huge fans of Battlefield – we love that style of gameplay – but we’re also huge fans of movies like Heat and that, sort of, law enforcement/criminal world,” said lead game designer James Wearing to
JoyStiq.

“The goal is really to connect those two. To create something that plays like Battlefield; drivable vehicles, large maps, large player-count in that world and there’s nothing out there like that. We want to be the first to create that product.”

Police Warfare will release in October 2013.

Looks gr8.
COD Kicker...
Should be more like paradoy..like the one released by Epic games...THE DUTY CALLS!!

hey any idea about that will it be a free to play or pay to play?
F

i hope its free

Staff member
It's not free. You can pre-book your copy for as little as $15, check here:-

Final price may be higher.

Looks good but no SP only MP is not my thing.

Skud said:
It's not free. You can pre-book your copy for as little as $15, check here:-

^^if it is pay and forget then it is good but if it is like pay $15 for every year then really it will be a bad idea.but if you ask me the sole MP which were released till now went more successful when you make it free to play.there are lots of examples for it because people will any how pay for in game weapons, customization,fashions etc.,those people who play it for free will increase player base and attract more players.this is actually a working strategy for MP games and thats why we can see today a lot of P2P games going F2P way.
You must log in or register to reply here.
Share:
Facebook Twitter Reddit Pinterest Tumblr WhatsApp Email Share Link
Top Bottom