Currently downloading 'Breaking bad'... hope it's worth it

You wont regret watching this


sksundram said:
for an epic series, the season finale isn't worth it....Dexter's liking for kill has gone, his ferociousness lost. I mean, c'mon ! it suxx
Click to expand...

Clearly the writers have given up. They simply tried to do too much at the start of the last season: with vogel, with the brain surgeon, with the protege, with hannah and with deb. They ended up doing next to nothing and instead, damaged the once great series. Harrison falls and cuts himself, and this possibly the most cringe-worthy plot device in the history of TV. The very thought of Dex and Hannah heading to Argentina, to end the show, is beyond comical. There is almost no salvation for this series from here

Agents Of S.H.I.E.L.D. S01 E01 - 7.5/10 Acting was "weird" , it was a so-so tv-show , The best part was MCU references and the line, "He doesn't know , he can never know "(LMD?). Some holes in the concept , and they really forgot about reality with that ending scene (well that is not big of a issue as in world with aliens , monsters, god a flying car is a no biggie I think , plus Howard Stark was shown developing it so may be SHIELD did it finally). To sum it up I have to say it didn't have the Marvel touch which MCU movies had.

Will watch next episode for sure , but IMO it will be an average show and only pick-up when some bigger MCU Character show up .
Last edited: Sep 26, 2013

Agents of SHIELD
7.5 from me too . Would have given it 8 if not for the flying car in the end . Looks like a rip off from back to future . CG effects doesnt feel like any other Marvel movie . Characters too look immature . Have heard that the director is the same guy of Firefly . I had high hopes with it but somewhat disappointed , lets see !

Big bang Theory 7x01,x02 7.5/10 A little disappointing but the second episode's act of Raj and Howard was hilarious .

They have done a mistake and that is they have taken the audience for granted!
A stupid plot (I hope I would be proven wrong in future days) and rushed direction.

I'll watch the second episode and then decide if to continue.

Agents of S.H.I.E.L.D ..... Watched it on Start World Premier HD. I had high expectations from the series, and the start was good, not that I was blown off or something, but my expectations were almost met. It was engaging and the plot in all probability will shape up good in next episodes. I didnt know the series was created and directed by my current fav director Joss Weadon This has raised interest for me. Effects what as good as any high class movie, though the first episode didnt have much to show. It was more of a plot builder. .....I am not rating this series yet .......looking forward to next episodes.
Last edited: Sep 28, 2013

^I agree with you in all points other than the name its S.H.I.E.L.D. !


rohan_mhtr said:
Agents of SHIELD
Would have given it 8 if not for the flying car in the end . Looks like a rip off from back to future .
Click to expand...

Yeah right, hovering cars - invented for the first time in back to the future and never before in any movie

You do realize its based on a comic book story right? and that hovering car is part of the comics too 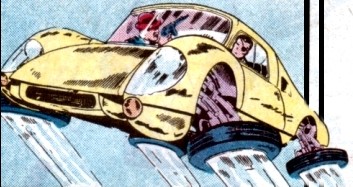 we all know he can act (a serious understatement!)...let's see how the movie fares

i have watched it till season 5...will get it ASAP

A sad day for TV. End of a great show. Powerhouse performance from all the actors. Bryan Cranston might just get a Golden Globe for his role this time.
Really gonna miss this show :'(

b/w, if you've watched the end and wanted more of 'em you could try this.

A sad day for TV. End of a great show. Powerhouse performance from all the actors. Bryan Cranston might just get a Golden Globe for his role this time.
Really gonna miss this show :'(

b/w, if you've watched the end and wanted more of 'em you could try this.
Click to expand...