WD sends in a Velociraptor with a SATA 6Gb/s interface... 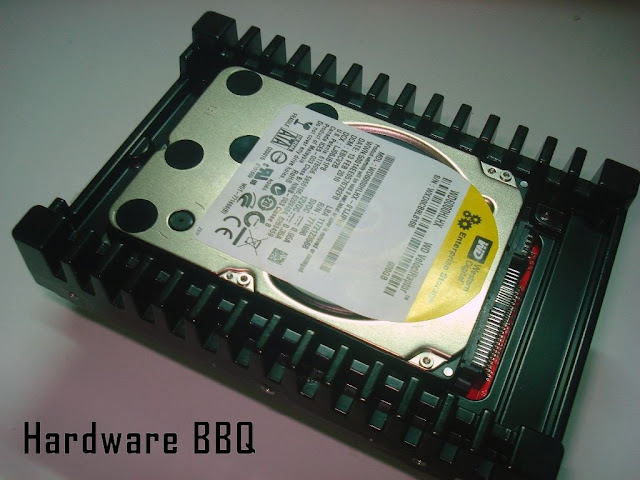 Enterprise class drives are used in environments which requires access 24/7 and fast enough access without denting the reliability. Enterprise storage drives are in a different league but the buyers for such devices has grown significantly over the years as newer enterprise solutions kept on coming.

All except one are pretty much the same. The physical dimensions and the weight of the 2.5inch Velociraptor is roughly half than the 3.5inch drives. The only difference between the two (other than the model number) is the IcePack:

IcePack- Into Jaws of the Raptors: The IcePack is more of an oversized heatsink for the hard drive itself with a thermal pad on it. That's the purpose of the icepack, to draw the heat away from the drive. After doing some research, drives with such "heatsinks" is especially made for blade servers. 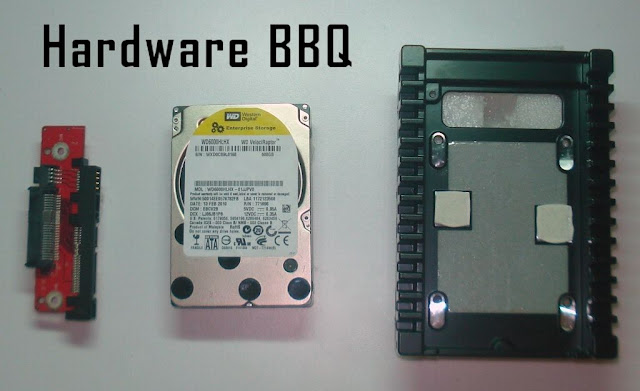 The SATA/Power port connector does not have any controller at all. The actual drive is pretty heavy for a 2.5 inch drive for sure. 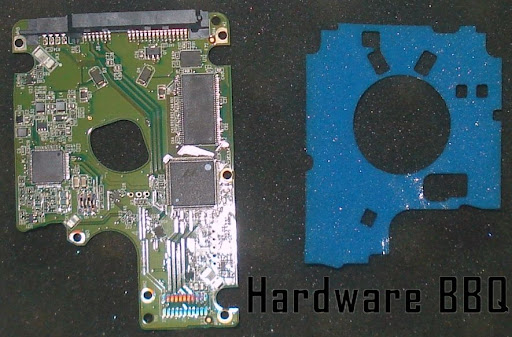 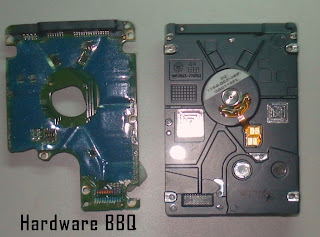 There is a foam sheet between the drive and the PCB. 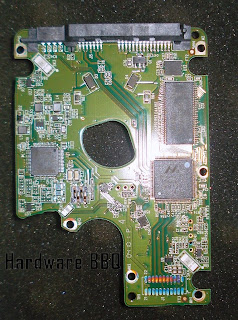 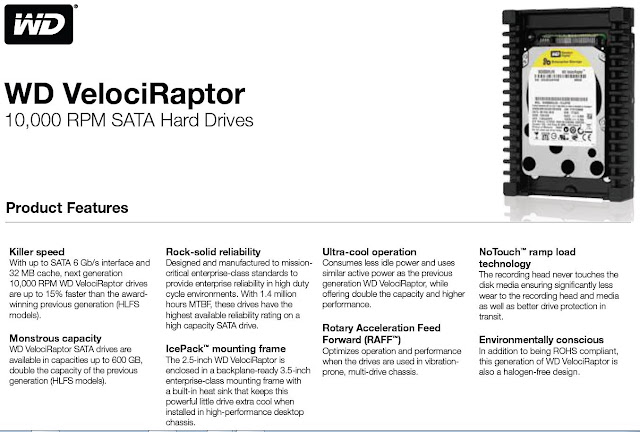 The "killer speed" is something we will know when you check out the benchmarks. According to Western Digital online PDF resources, the recording head's ramp load (labelled as NoTouch) does not touch the platter, because of it ensures significantly less wear to the recording head and media as well as better drive
protection in transit.

Rotary Acceleration Feed Forward is something that can't be penned down in a single sentence, nevertheless Western Digital has put up a PDF file for it so you can read it to understand how it works.

Just hover your mouse on the Graph and you'll see where the drive stands. Not the fastest but its pretty good for a mechanical drive. Remember this drive is made specifically for 24/7 operation. Unless the systems require a shutdown, you wouldn't really care about it much.

Its not fair to compare Raptor against any drive, despite WD Green drive being SATA 6 Gb/s like the HLHX. Both belong to the different league and both have their own set of buyers. This is a 10k RPM specifically made churn out maximum amount of operations per second. The best tests to show the potential of the drive is HD Tune's Random access tests and IOmeter. 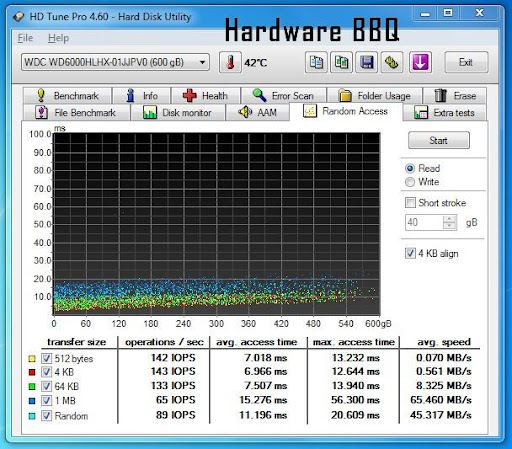 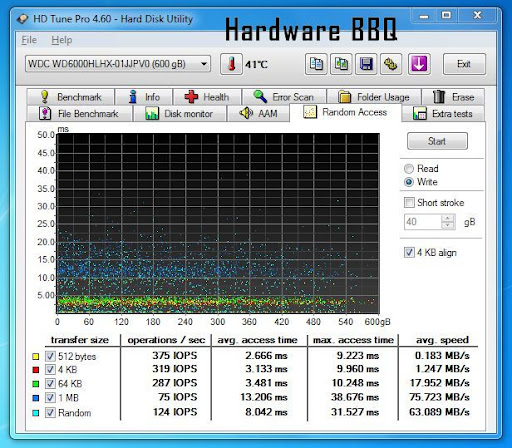 Just for your reference purposes, I've put up HD Tune's Access screenshot to give you a good idea of IOPS and access time. Once I there is a manufacturer who dumps an enterprise storage here, it will be compared properly.

Conclusion
Suffice to say, unless you need it for 24/7 operations, you'll just skip and check out the conclusion. Enthusiasts and Gamers don't need to check this out, unless they are running a game and some other application at the same time. Truth be told proper conclusion can be made if I compare it with other versions of Raptors and with enterprise solutions from other companies. Can't really comment about the price too as I am not aware of prices of other enterprise storage devices.
This drive costs about 18k.

Only solid conclusion I can make is that notebook users would stick to Momentus XT, whereas other users are much better grabbing a Black series or 7200.12 rpm series drives.Need faster drives for Primary use? SSD is the way to go however I am yet to bump into any SSDs from the respected companies which can be good enough to be used as mainstream or performance use (price-per-GB plays a huge role here as SSDs command a large premium).

If you need a server drive or you have application and software that demand constant use of the Storage drive for work and that can handle heat nicely, till the time there's something good enough the Raptors are up for grabs.

These tend to generate noise during Random write/Read tests (including random access tests) but you wouldn't really care about it since these drives are usually end up in a server room. Many know how noisy server rooms are (thanks to the cooling fans that run constantly) but other than that during other tests, its pretty silent. No prize for saying this does get hot on load, that's the point of having a heatsink.
You must log in or register to reply here.
Share:
Facebook Twitter Reddit Pinterest Tumblr WhatsApp Email Share Link
Top Bottom