Mozilla CEO John Lilly has a beef with Apple, which he made clear yesterday after he blasted the company on its decision to package its Safari web browser with the latest version of iTunes and Quicktime.

Specifically, Lilly laments Apple’s decision to bundle Safari in a way that users have to opt-out of its installation during an otherwise routine upgrade to iTunes. Pushing Safari on users who may not understand what they’re doing “undermines the trust relationship great companies have with their customers,” writes Lilly, “and that’s bad — not just for Apple, but for the security of the whole Web.”

He refers to Apple’s decision to include Safari in the latest batch of updates issued to Windows iTunes users via Apple Software Update, which lists Safari as a program requiring updates regardless of whether it’s installed or not. As such, claims Lilly, unsuspecting users are lead to install the browser when they might not be inclined to do so: “Apple has made it incredibly easy — the default, even — for users to install ride along software that they didn’t ask for, and maybe didn’t want. This is wrong, and borders on malware distribution practices.”

Apple’s decision to mimic the “malware distribution practice” – where spyware is bundled with a program’s installer for various reasons, usually to recoup development costs – is a problem because “software makers are trying to get users to trust [them] on updates.” When presented with Apple Update (or similar updaters from Java or Adobe), most users will simply click the “install all items” button, “which means that they’ve now installed a completely new piece of software, quite possibly completely unintentionally.”

“It’s wrong because it undermines the trust that we’re all trying to build with users,” writes Lilly, “because it means that an update isn’t just an update … maybe [it’s] something more,” ultimately undermining “the safety of users on the web by eroding that relationship. It’s a bad practice and should stop.”

Critics at The Register point out that bundling Safari may also erode Firefox’s market share, by using the power of defaults to force another browser on users – and going so far as to speculate that Safari could usurp the millions of dollars of search engine royalties that Google pays the Mozilla Foundation . In a follow-up posted Sunday evening, Lilly disclaimed that sentiment, noting “unequivocally” that “it isn’t about competition.”

“To the contrary: competition is good — necessary, actually … as a consumer, I want more competition,” wrote Lilly. “Firefox is better because there’s competition from Safari and others — that’s great, because it means that normal people can find the software that works best for them and make their own choices.”

Apple promised last summer that it would use iTunes to help crack Safari’s sagging 5 percent market share, with Steve Jobs noting that Apple receives more than 500,000 download requests per day for the Windows version of iTunes.

Is it Apple's turn now to face the music in courts?

ontopic:
I think Mozilla is just pissed that their market share might reduce.
But again, they do have a point.

I keep getting pissed off at the fact that Apple software use lots of system resources on my windows quarter(I also have a games quarter, music quarter and tux quarter). I heard that their products are SUPPOSED to behave that way on apple computers, but I am not too sure about that on a windows box.

Offtopic: Is this John Lilly a man or a woman ?
S

MetalheadGautham said:
Offtopic: Is this John Lilly a man or a woman ?
Click to expand...

John Lilly is a MAN. Here's a PIC: 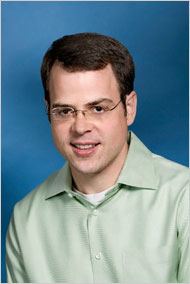 BTW, why are you interested ? Any plans ?
Hopefully not ... I suppose

. . . anyways on topic . . yeah it really is good to have a competition but really bad to bundle softwares this way . . now thats seriously bad . . i think the man got a valid point there

shadow2get said:
John Lilly is a MAN. Here's a PIC:

half name is man's name, half is woman's name. So I had a doubt.
L

nope, no part is woman's name dedicated any way, i trust you asked out of confusion.

on topic: Apple is always on the news, whatever they do.

*grabs a bag of popcorn and watches*

everyone is a crybaby cos they cant do what M$ did. given a chance and ABILITY, they'd all do the same!

techlover said:
everyone is a crybaby cos they cant do what M$ did. given a chance and ABILITY, they'd all do the same!
Click to expand...

Mozilla never resorted to monopolistic policies to gain following for Firefox. It was mostly done through social advertising campaigns.

On topic, I think what Apple is doing is not right. It's just not right to give the Safari browser as a software update to iTunes. Do I need Safari to run iTunes? I don't think so. And considering the userbase Apple has with people having iTunes installed on Windows, I would say it's kind of like an abuse of position. Any Apple OSX user worth his salt would've cried "outrage" if Microsoft would have given Internet Explorer as a software update to Office X/2004/2008 for Mac. (I'm not an MS fanboy, so macboys, please don't flame me). It would've been far better if Apple had gained more Safari following on Windows through advertising, rather than pushing their browser through a software update.

^ yeah, I'vent seen you for a long time

Gigacore said:
^ yeah, I'vent seen you for a long time
Click to expand...

Nah... I do keep dropping in and make the odd post every now and then... Just don't get much time these days, you know.

Anyway...Let's see what others have to say on the topic.

What's so bad if apple does the same with their software?

Who will prefer safari anyways. It's Firefox that is most preferred. useless fear.

^^^ They are parts of the same tool, not an update! And it becomes the default browser, all by itself.