I wish I'm posting at the right place..

Few days back I was playing NFS Rivals and noted that it was lagging horribly with the intervals of 10-15 secs .I thought it was because my PC's specs matched the minimum requirements of the game,so i ignored it.

After some time ,I started playing on VBA [GBA Emulator] and noted that even it was lagging after every 10 secs .

So what is the problem exactly? I've tried the following but still no luck

Tried to move the game to 1 TB HDD because the OS is installed in the 500 GB one.
Tried to look for viruses .
Checked on google

Are the graphic drivers installed?
OP
A

EDIT 1 :ALL Drivers are up-to-date
S

What softwares are running in background? If its a newly installed OS check if something called ngen.exe is running, or any other software consuming a lot of CPU.
OP
A

post a screenshot of crystaldisk info just to make sure that hdd I'd fine.
S

Always check the temperature in bios bro. Third party soft give false information IMHO. Shutdown the PC for 45minutes and then try also turnoff the internet .

What PSU are you running? I've seen people getting jerky performace because the power supply cannot deliver adequate power to the components.
OP
A

i asked to post a screenshot of crystaldisk info.
also use hwinfo, not hw monitor.

[MENTION=271204]Abhishek532[/MENTION] do you have the resources to check the voltages from the PSU?

What would be your GPU's max temperature? 35 degrees? is that under load? something looks fishy.
Do 2 things to check for CPU and GPU throttling.
1. Download Furmark, GPU-Z and MSI Afterburner. Run all 3 together for 15 mins and post the screenshots here. Look for temperatures and clocks
2. Download Intel Burn Test and CPUZ. Again stress test it for 30 mins and look at the clock speed with CPUZ.

If either of it keeps throttling down we will know the culprit. If now, then we'll get to the PSU and maybe even RAM.

Hope it gets fixed soon.

PS - what drivers are you running? 14.3 beta 1? maybe you could use Display Driver Uninstaller (DDU) from guru3d and wipe your current drivers with the tool. Try 13.11 beta 6. However, first check the above 2 things
OP
A 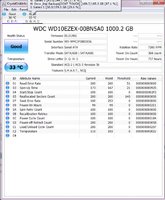 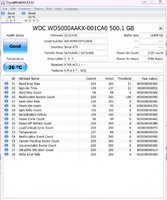 These are the results of Furmark after 15 mins .

Ur CPU temp is 70 right. I think its a more than 2 years old PC. First change the thermal paste go with artic silver 5. I think that's enough

These are the results of Furmark after 15 mins .
View attachment 14223
Click to expand...

dont use furmark too much.

btw, use HWinfo to get all the max min reading during a gaming session. dont use furmark. or try running uniengine in a loop for 30-mins..