You’re Likely to Get the Coronavirus

ariftwister said:
Brace yourself for the 2nd wave and 'Double Mutant' variant.
Click to expand...

The actual news article for everyone's reference about this double mutation : 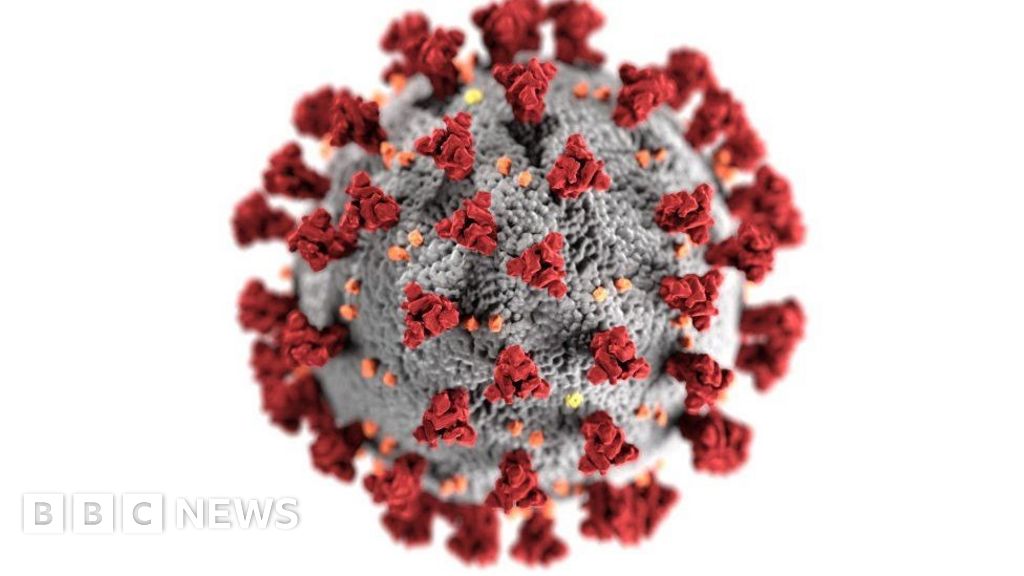 This comes as India reported 47,262 cases and 275 deaths on Wednesday, its highest tally this year.
www.bbc.com

I am still confused, how Delhi claimed about 3rd wave and it's over now?
And now India claims 2nd wave.
In my opinion, considering pasts pandemics, 2nd wave should be considered as mutated/evolved virus attack and not the peak of covid19 patients.
It's sad that in other countries scientist decides rules for covid19 and in India, politician.
Last edited: Mar 28, 2021

TigerKing said:
I am still confused, how Delhi claimed about 3rd wave and it's over now?
And now India claims 2nd wave.
In my opinion, considering pasts pandemics, 2nd wave should be considered as mutated/evolved virus attack and not the peak of covid19 patients.
It's sad that in other countries scientist decides rules for covid19 and in India, politician.
Click to expand...

That is the ground reality of whats wrong with India. We have so much tests, requirements, interviews for being an IAS and IPS, but to become a politician, all it takes is to please the denominator at some useless subject.

Yupp, At the end, the Less educated one who choses to be a politician becomes more ricch

Covaxin vs Covishield: Can we take one dose of Covaxin and another dose of Covidshield? | Chennai News - Times of India

https://www.reddit.com/r/india/comments/mw02qb
This is so distressing.

^true-and despite that many people are still flouting the social distancing norms,atleast here in west bengal esp. in the rural areas and dont even bother to wear masks.

These people are in the habit of downplaying the threat posed by the pandemic,which motivates the uninitiated to disregard social distancing rules as well,by following the former's example.

Yeah, and you would think people would understand by now. They had a whole year to realize that COVID ain't no joke!

Most people know covid is no joke, i wish mein fuhrer knew that

It is actually a biowarfare going on. Chinese virus is the weapon being used to destroy economies, kill the people and destroy humanity.

I don’t think that this virus could have ever escaped a lab or came from bats. It was all done knowingly.

As far as bbc is concerned, they have shown the truth. But I usually don’t follow there news as it has heavy influence of Chinese propaganda.

People are dying, it is true. It is rather depressing people more.

People, who could not handle the depression and pain of death of there dear,ones are going mentally ill or committing suicide.

We Are fighting a virus, which neither did we make nor did we contribute in spreading and that country which spread it, is busy bullying small countries by indebting them, forcefully persecuting and selling organs of its citizens, eating up countries on its border(Tibet, Mongolia, Hong Kong, Taiwan ) and spreading fake propaganda. Also, funding anti-India organisations in our country.

But, it has infiltrated everyone from UN to world politics, that instead of criticising, delegates are even praising on how China combatted the virus, by making the world a hell place to live.

Innocent people are loosing there lives while that one big criminal organisation is enjoying dog meat along with soup of bull’s balls.

By 2030, either there will be war, not due to tensions, but due to depression or dragon will gulp Taiwan.


Sent from my iPad using Tapatalk

This virus is a part of an elaborate strategy on the part of China to weaken the global economic structure ,esp. of developing countries like India etc which could pose a serious threat to China if they are allowed to grow and prosper.

They knowingly created the virus,and its also possible that once they realized that many countries have developed the means to combat this infection using vaccines,they decided to unleash a deadlier variant of this virus which the traditional covid vaccine couldn't handle,thus resulting in inevitable deaths in large numbers.

And the fact that developing countries like ours are rotten and corrupted to the core,and the politicians and ministers here are busy mud-slinging and hurling insults at one another instead of unitedly fighting the larger threat which is poised to destroy everything the country ever stood for has given a major impetus to the chinese forces to spread their tentacles within the country.

^ All this, because a communist regime has grown so much, that it can decide to do whatever illegal activities it want to do. Thanks to greed. Communists system are more like snakes, they can never be pet. They always bite back, no longer how one may be loya l to them.

As far as politicians are concerned, now the current ones are really dirty. It is said that during 1992, when govt. was on verge of bankruptcy, the then prime minister decided to increase cash flow. But as opposition may take advantage and curse there govt., he approached Sh. Vallabhai Patel. Even though he was in opposition, he never used it as a tool. But now, politicians have gone to the extent of spreading fake news about each other.


Sent from my iPad using Tapatalk

quicky008 said:
^true-and despite that many people are still flouting the social distancing norms,atleast here in west bengal esp. in the rural areas and dont even bother to wear masks.

These people are in the habit of downplaying the threat posed by the pandemic,which motivates the uninitiated to disregard social distancing rules as well,by following the former's example.
Click to expand...

This probably happening every rural part of our country. I have a friend from small town in Tamil Nadu and he mentioned that literally 1-2 people will come out of their homes with masks. If asked why aren't you wearing masks then they answer that this virus is mostly in cities like Chennai-Madurai, it won't reach or become a huge risk in our town like it is in big cities. If this 2nd lockdown didn't happen, people will continue with their normal habits even if they were watching/hearing all the deaths from the news sources.

rural area? here in City, a lot of people are moving around without mask. someone saw in a nearby area, police doing challan using 2 different books, apparently one fake. a friend's wife died while they were trying to get oxygen. his father was still serious 2 days back and he and his 3 sons all are positive. a lot of people in his locality are still not using mask.

LOL Kejriwal recently made the covid related national meeting live and broadcasted to public.. Apparently somebody did not like that, guess who.

In my area, although the schools for children are closed but teachers are forced to come. They introduced weekend lockdown but it is gone now.

@TheSloth : they will be back to their usual ways once lockdown is lifted.....

@RumbaMon19 : Its the same at our place too(suburbs of kolkata),many schools and colleges are officially closed but the teachers are being forced to come to work (conduct virtual classes from the insititute when it would have been much more convenient for the teachers to do so right from their homes).Those that are refusing to come are being threatened with dire consequences and are even being given the sack -for the employees that have contracted covid or are sick and are working from home or are on leave,no salary is being given,even though its supposed to be illegal to deny payment to those that are on sick leave.

These shady organizations have the audacity to behave this way as the corrupt west bengal govt. is the least bothered about the welfare of the public and these privately run companies have the last word on what policies they will follow for their employees even during the Covid period.