Budget for the whole PC is ~60k excl monitor.

1. What is the intended use for this graphic card ? Gaming or workstation work? (Name few Games or applications are you going to run)
Ans: Gaming- Overwatch, CS:GO,

2. Which Power Supply do you have? (Be EXACT while naming the company and model)
Ans: Will be buying an Antec VP 550

4. Which Screen resolution will you game at (if applicable)?
Ans: 1080p

5. What are your current computer specifications ?
Ans: Will be buying:

Both are available from mdcomputers.in

Dont buy from Amazon Global as there wont be any warranty.
Dont go with Gigabyte also

Please mention why don't go with Gigabyte? Any bad experiences/reviews? Any links available?

(I've only ever purchased motherboards from them, never Graphics Cards, and got no complaints on that front).

ico said:
I think now RX480 is the better choice.
Click to expand...

Absolutely it's the most VFM card which is a overkill for 1080p and best suited for 1440p.

Nerevarine said:
You should go for a free sync monitor if you havent purchased monitor yet (if choosing RX 480)
Samsung curved 1080p freesync monitor is around 13-15k on amazon
Click to expand...

First off, I will say that my decision was based on three things:
1) Future Proofing
2) Price to Performance
3) 1080p Gaming

However, thanks to Sapphire's customizing, that percentage gets bumped up to ~93% with the Nitro+ models. That's because Sapphire has increased the base clock and the memory speed, and thus the memory bandwidth --and they've done a better job with the 470 percentage wise, than with the 480. And that 4% bump is a game changer when you look at the cost. 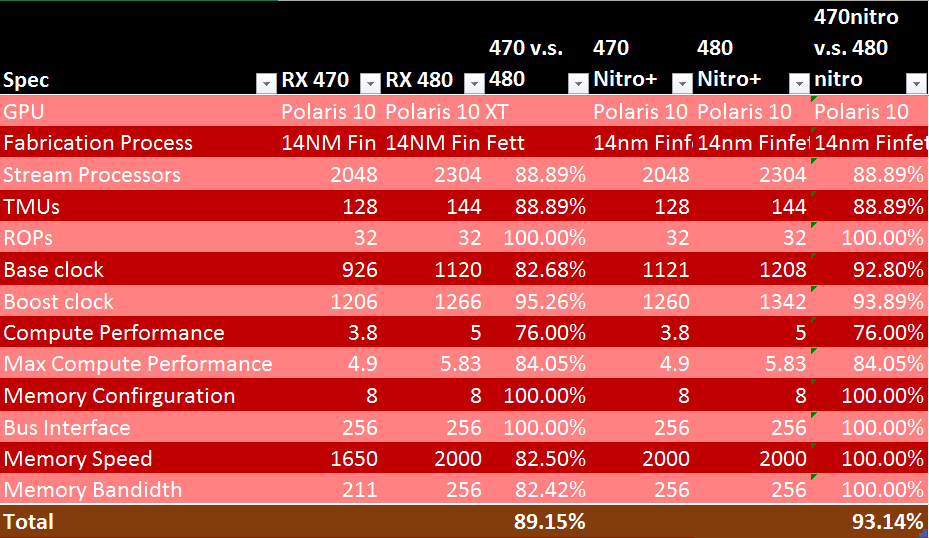