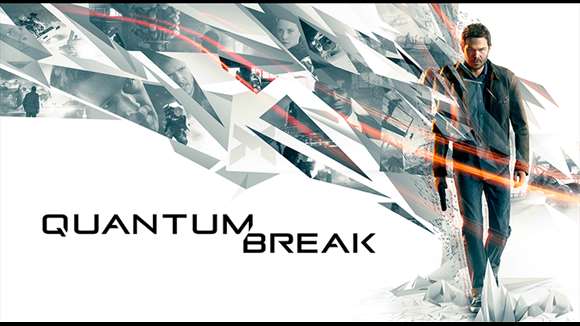 From Remedy Entertainment, the masters of cinematic action games such as Max Payne and Alan Wake, comes Quantum Break, a time-amplified suspenseful blockbuster. The Quantum Break experience is part game, part live action show—where decisions in one dramatically affect the other. You are Jack Joyce, fighting the nefarious Monarch corporation to stop the end of time. Epic moments of destruction, frozen in chaotic “time stutters,” become playgrounds for intense combat. With a star-studded cast of actors from X-Men, Game of Thrones, The Wire and more, Quantum Break’s time-amplified story is a new and unique entertainment experience.

Staff member
Quantum Break PC Version Confirmed​
Xbox One title Quantum Break will also be released on PC, and both versions will launch on April 5, developer Remedy Entertainment and publisher Microsoft have confirmed.

During a recent press trip where the Windows edition was confirmed, Remedy did not offer any details on the port. It is unclear whether the PC game was developed in-house at the Finnish studio, or if another developer was involved.

Quantum Break's PC edition is the latest in Microsoft's wider push to expand its games across console and PC. Games currently in development for both platforms includes ReCore, Sea of Thieves and Fable Legends.

Similarly, information on performance and how it compares to the Xbox One version has not been divulged. GameSpot recently attended the studio for a hands-on with the game; the version available to press was running on Xbox One. You can read our new preview of Quantum Break here.

As part of the announcement, Remedy also revealed the Xbox One version will include a full game download of Remedy's last game, Alan Wake, along with its two DLC add-ons, The Signal and The Writer.

Those who pre-order the Xbox One version at participating retailers will also get access to Alan Wake's American Nightmare, a standalone expansion that was released for the Xbox 360 two years after the original game.

Microsoft will also ship a Quantum Break Xbox One bundle, which will contain a white Xbox One that has a 500 GB hard drive capacity, Quantum Break, and Alan Wake.

Quantum Break was originally scheduled to launch in 2015. However, it was later delayed and is now due to arrive in April 2016. The game story is told across the game and a TV show, the latter of which stars X-Men's Shawn Ashmore and Dominic Monaghan from The Lord of the Rings.

Staff member
Microsoft Exec Explains Quantum Break PC Release, Confirms No Steam Version​
Not everyone was happy this week with the news that Quantum Break, which was announced as an Xbox One exclusive, would also be coming to PC at launch in April. Now, Microsoft executive Aaron Greenberg has defended and explained this move, and also confirmed more console exclusives are on the way.

Quantum Break coming to PC does not signal a move away from console on Microsoft's part, Greenberg stressed during an appearance on the latest Major Nelson podcast (via DualShockers).

"People should know: Xbox is a big priority and a huge commitment," he said. "Please do not let the fact that we are also launching a game on the same day on Windows 10 change your perspective on the importance of the console business [or] our commitment to innovating on console."

Greenberg went on to say that Microsoft will continue to launch new Xbox One exclusives. Bringing a game like Quantum Break to PC is instead an effort to "[grow] the gaming ecosystem," he said.

"From our CEO down at Microsoft, there's tons of commitment and enthusiasm for our [console] business [and] we're having tremendous success," Greenberg added, noting that Xbox One exclusive game sales were strong in holiday 2015 and that overall, "business is good."

Greenberg acknowledged that fans won't always agree with every decision Microsoft makes, but the company is committed to trying new things.

"Some times we're innovating, some times we're experimenting, sometimes we're charting new ground on different things," he said. "We always want to hear people's feedback, we're always listening. While they might not always agree with 100 percent of everything we do, we love the feedback."

Also during the podcast, Greenberg confirmed that Quantum Break will not be available on Steam.

"Quantum Break on Windows 10 is a Windows Store exclusive," Greenberg said when directly asked if the game would come to Steam.

Another Microsoft game, Fable Legends, will not be available on Steam, either.

Microsoft's top gaming boss, Phil Spencer, has praised Steam for what it's done for the PC gaming space over the years. "They've been the backbone of PC gaming for the last decade," Spencer said in March 2014. "As a Windows company, I appreciate what they've done."

It's not surprising, however, to learn that Microsoft would prioritize its own store over a competitor.

Going on war with Steam is a very very bad idea for MS. If they were big game company having studios then it might have been alright but with such few games ?? They are just declining their sales, No one visits MS store at all. Steam, everyone visits. Even Elite Dangerous had to come to steam to increase the sales because without it the sales were very low for such huge game. Ubi and EA can survive because they already have a fan base going but MS doesn't have that. Even CDPR sells their games on Steam even though they have their own store.

Its on MS store which I hate so much. I'll skip this one.
OP

I remember MS advertised Xbox One as a setup box with the always online requirement. QB is half game half TV show.

At such price , I don't need microsoft's games. I'm happy with steam, battle.net and origin.

What went wrong with Quantum Break on PC? &bull; Eurogamer.net Let alone the 4.5k price for this console ported game but it is around 65GB to download.
K

Lol, game has been cracked! All of those restrictions didn't help, did it?

I expect the price to drop after this.

Kaltrops said:
Lol, game has been cracked! All of those restrictions didn't help, did it?

I expect the price to drop after this.
Click to expand...

I am wondering.....how they made the exe file which runs outside the the store.
K

gameranand said:
I am wondering.....how they made the exe file which runs outside the the store.
Click to expand...