China to scrap millions of cars in anti-pollution push

Staff member
Admin
India should take a cue? Since India's condition is not any better. 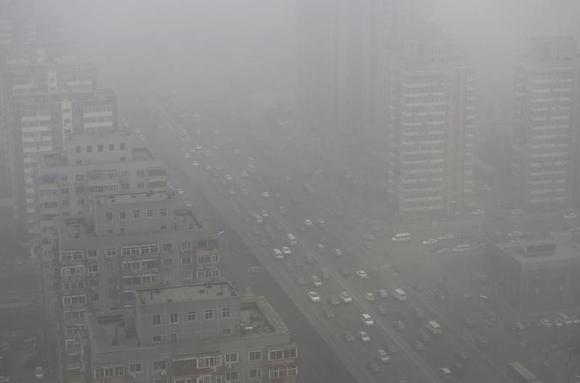 China plans to take more than five million ageing vehicles off the roads this year in a bid to improve air quality, with 330,000 cars set to be decommissioned in Beijing alone, the government said in a policy document published on Monday.

Pollution has emerged as an urgent priority for China's leaders as they try to reverse the damage done by decades of breakneck growth and head off public anger about the sorry state of the nation's air, water and soil.

In a wide-ranging action plan to cut emissions over the next two years, China's cabinet, the State Council, said the country had already fallen behind in its pollution targets over the 2011-2013 period and was now having to step up its efforts.

As many as 5.33 million "yellow label" vehicles that fail to meet Chinese fuel standards will be "eliminated" this year, the document said. As well as the 330,000 cars in Beijing, 660,000 will be withdrawn from the surrounding province of Hebei, home to seven of China's smoggiest cities in 2013.

According to Beijing's environmental watchdog, vehicle emissions in Beijing were responsible for about 31 percent of the hazardous airborne particles known as PM 2.5, with 22.4 percent originating from coal burning. [ID:nL3N0N8144]

Beijing plans to limit the total number of cars on the road to 5.6 million this year, with the number allowed to rise to 6 million by 2017. Last year it cut the number of new licence plates by 37 percent to 150,000 a year and is also paying for another 200,000 ageing vehicles to be upgraded.

The State Council document did not say how the plan would be implemented, but Beijing's municipal government has previously offered subsidies of between 2,500-14,500 yuan ($400-2,300) to drivers who voluntarily hand in their ageing vehicles to be scrapped. However, the subsidy didn't cover "yellow label" cars that fail to meet even minimum gasoline standards.
.
.
.
It said China was aiming to cut carbon emissions per unit of economic growth by more than 4 percent this year and more than 3.5 percent in 2015 as it tries to meet a binding 17-percent target set in its 2011-2015 five-year plan.

China also seeks to reduce energy consumption per unit of growth by 3.9 percent this year and next in order to meet a 16 percent target for the 2011-2015 period.

In a report on human rights, China said its spending on energy saving and environmental protection in 2013 rose 14.2 percent year-on-year to 338 billion yuan ($54 billion). "Focusing on solving the major environmental problems that seriously endanger people's health, (China) investigated and punished harshly illegal pollution and environmental crimes, so as to safeguard people's right to a healthy and clean environment," it said.($1 = 6.23 yuan)
Click to expand...

I read somewhere that Delhi's pollution level is alarmingly high , way higher than most of the cities in the world.
OP

As many as 5.33 million "yellow label" vehicles that fail to meet Chinese fuel standards will be "eliminated" this year,
Click to expand...

We're a democracy, so govt. can't act like its Chinese counterpart that easily.

Don't think it is going to happen anytime soon. You can still find Maruti 800 on the roads and giving out smoke even more a generator. What is the use of Bharat stage engine when you can't stop the usage of the older models.

This actually makes sense. You could rate vehicles, this could be done by the PUC fellows. Following this, people would be charged according to their rating.

Only problem is that people would bribe the PUC guys and get a better rating.

DeSmOnD dAvId said:
This actually makes sense. You could rate vehicles, this could be done by the PUC fellows. Following this, people would be charged according to their rating.

Only problem is that people would bribe the PUC guys and get a better rating.
Click to expand...