It’s looking like today is a good day to buy a new SSD, because if the rumours emanating from Taipei are to be believed prices are set to skyrocket over the next few months. Prices of NAND flash memory, the essential building blocks of solid state drives, are set to rise by up to 40% this year.

That’s according to sources at memory chipmakers themselves, and given that there’s a cabal of NAND producers who practically control the price of the necessary flash memory by boosting or limiting production in the face of demand, they’re the ones who should know.

NAND prices have been steadily dropping over the last year or so as manufacturers ended up increasing their production of memory chips just as the demand for them fell off a cliff. That drove down prices and NAND suppliers have been cutting production to compensate and balance out the supply/demand equation ever since. And it looks like 2020 is where that balance is going to be reached if the manufacturers feel comfortable enough about bumping up the cost price again.


The report has come from Digitimes (behind a paywall) and cites “sources at memory chipmakers” as the leading doomsayers. There has already been a 10% price increase in December, and another 10% on that is expected for the first quarter of this year. Fingers crossed that Sony and Microsoft already have their SSD supply deals signed on the dotted line for both the PS5 and Xbox Series X, or the margins on the next gen consoles are going to get squeezed even more.

Both are set to sport high-performance NVMe SSDs at their hearts, which could have more impact on gaming performance than the improved AMD Navi GPUs inside each of them. But the next-gen SSDs could also have some serious impact on PC ports too…

The upshot of all this, however, is that the SSD you’ve been saving up for might be the cheapest it’s going to be right now. So if you’re after one of the best SSDs for gaming it’s probably worth taking a punt on one now before the price increases really bite.
Click to expand...

Anybody planning on getting ssd,get it soon as prices already started increasing.

Price fixing again. They can lower the prices but they won't.

I wanted atleast one for my old laptop. Maybe this Amazon sale I just might get one.
OP
W

Vyom said:
I wanted atleast one for my old laptop. Maybe this Amazon sale I just might get one.
Click to expand...

Hope you collected coupons,I managed to get total 650 off coupons till now.Hoping to collect 1-2 more but chances are low.

Vyom said:
I wanted atleast one for my old laptop. Maybe this Amazon sale I just might get one.
Click to expand...

I was under the impression that old laptops won't support SSD. Or they do not have that kind of port. How do you intend to add an SSD ?

PS : My knowledge about SSD is very limited.

meetdilip said:
I was under the impression that old laptops won't support SSD. Or they do not have that kind of port. How do you intend to add an SSD ?
Click to expand...

Every modern laptop uses 2.5" sata HDD (if there is a hdd present) which can be replaced by 2.5" ssd.

SaiyanGoku said:
which can be replaced by 2.5" ssd.
Click to expand...

This is the HDD I have : HM500JJ Samsung

It seems like a sata ii HDD, (sata 3gb/s)
Perhaps your laptop interface is limited to sata ii in that case you won't gain the benefits of a sata III SSD, even a cheaper SSD will do. But for the extra warranty and future upgradability, I'd still suggest get mx500.
If budget is a concern, get Kingston a400

Thanks. Please see the snaps 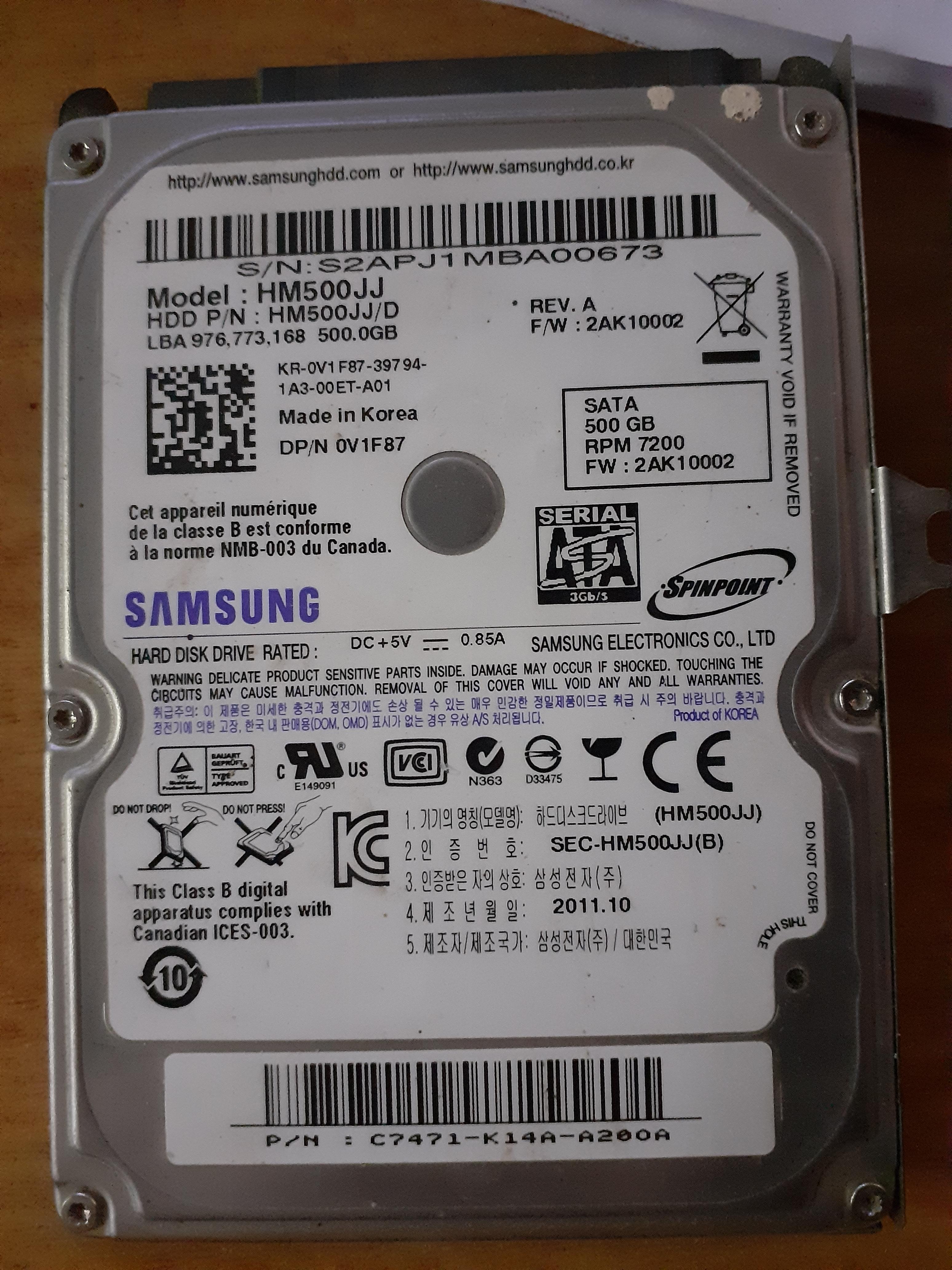 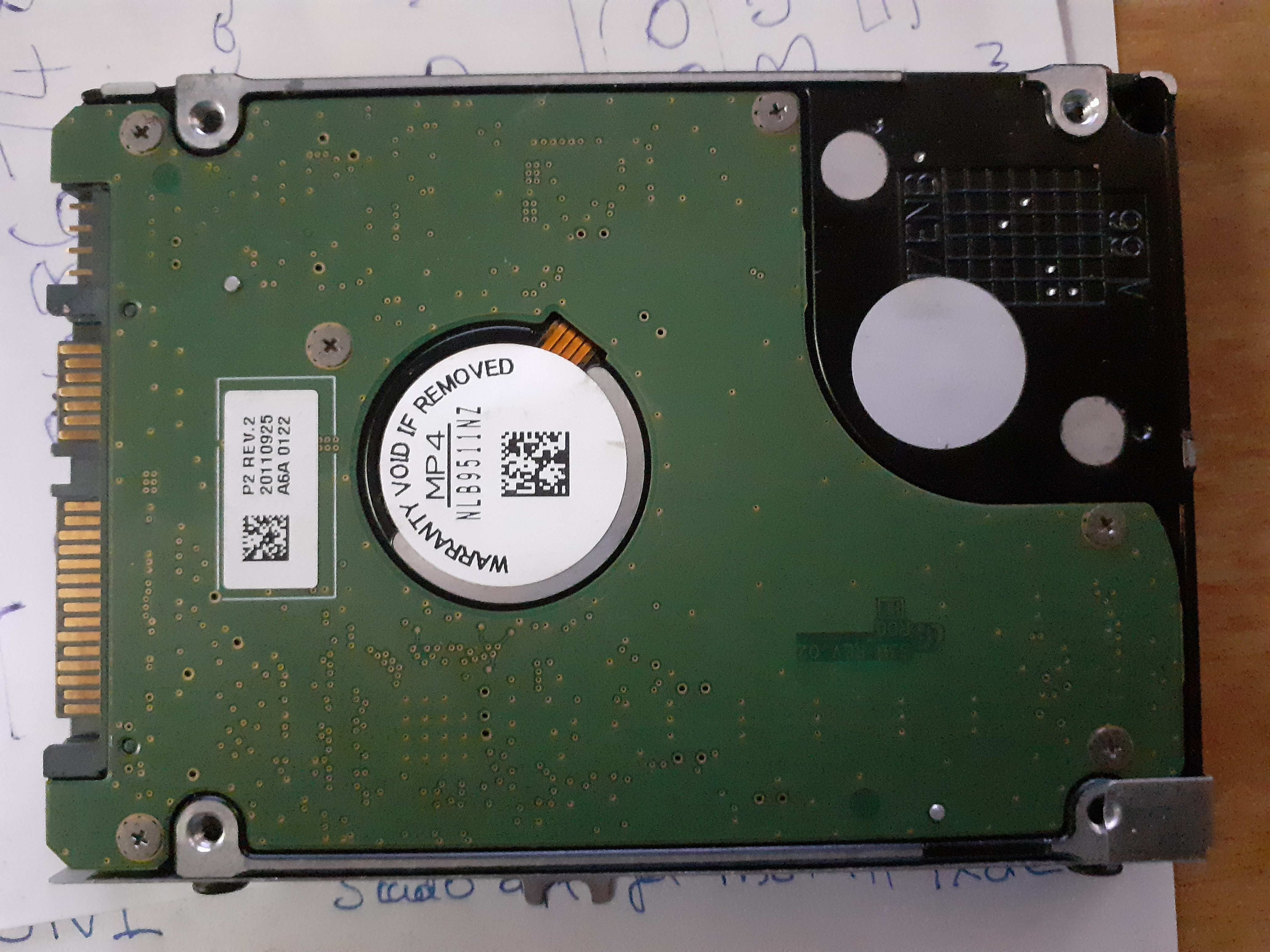 whitestar_999 said:
Hope you collected coupons,I managed to get total 650 off coupons till now.Hoping to collect 1-2 more but chances are low.
Click to expand...

Doesn't seem so,ssd use nand chips which are different from what ddr4 ram use.It is also why ssd prices were not affected when ram prices jumped 1-2 years back.