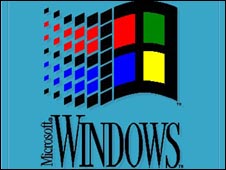 An application has expectedly quit.

Windows 3.x has come to the closing moments of its long life.

On 1 November Microsoft stopped issuing licences for the software that made its debut in May 1990 in the US.

The various versions of Windows 3.x (including 3.11) released in the early 1990s, were the first of Microsoft's graphical user interfaces to win huge worldwide success.

They helped Microsoft establish itself and set the trend for how it makes its revenues, and what drives the company until the present day.

How come they were still selling this thing?
J

Yeah I feel sad because i started with windows 3.1
I had a black and white monitor then
B

Me too... actually with DOS. Still remember carrying those 10 or 11 disks of the first version of Windows 3.x to school to show off to friends.