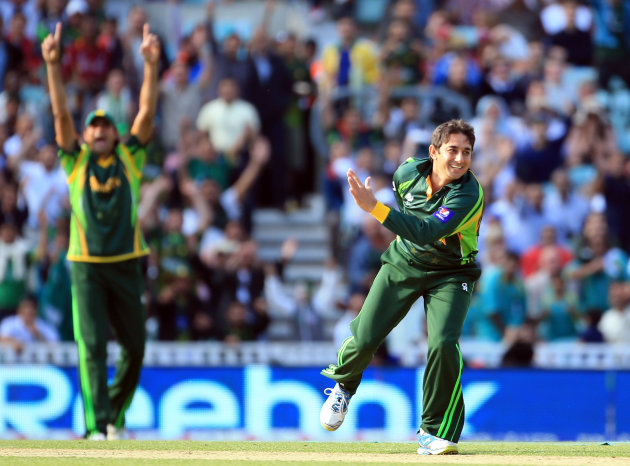 Pakistan off-spinner Saeed Ajmal claimed in a lighter vein that he forced legendary batsman Sachin Tendulkar to call time on
his One-Day Internationals career after he dismissed the Indian batsman with his doosra in the Asia Cup last year.

In an interview to Wisden India, Ajmal said Tendulkar was having trouble in picking the doosra in his last ODI in the Asia Cup. Ajmal,
who also dismissed Tendulkar in the 2011 World Cup semi-finals at Mohali, added he enjoyed coming out trumps against the master batsman.

"He is a super superstar, that’s what the world calls him.
He has nearly 50,000 runs in professional cricket. So obv
iously it was great moment for me when I took his wicket," Ajmal said.

and i read ajmal kasab made sachin to retire

He said it as a joke..it was confirmed later in the news...
T

a piece of trash news

1 hell of a hapless guy with hapless comments...

who is Saeed Ajmal, is he a son Ajmal Kasab ?

Skyh3ck said:
who is Saeed Ajmal, is he a son Ajmal Kasab ?
Click to expand...