​
In KDE 3.5.x we had kicker, but for KDE 4, it has been killed and replaced by the most famous part of the KDE technologies, known as Plasma.Plasma is, among other things, the new way of building your desktop, it works using Plasmoids, those Plasmoids are similar to Gadgets or Widgets. 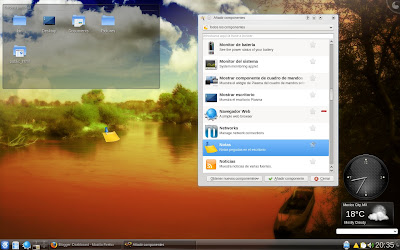 ​
Plasmoids are contained by... well... containments, this relantionship it's the secret of its flexibility. The Desktop (image background) is a containment, you can put as many plasmoids as you want, those can create a normal interface showing your /desktop files, or you can put clocks, stocks viewers, media controls, pictures, etc. However, the panel is a cointenment too, you can place your Plasmoids in your desktop or in the panel, Plasmoids will change their layout to match correctly their new containment.

The biggest point here, is that cointenments are Plasmoids too, so, in the future, people (or KDE developers themself) can (and certainly will) create new containments, of all kinds. Making a OS X dock or a Windows 7 like taskbar shouldn't be that hard. 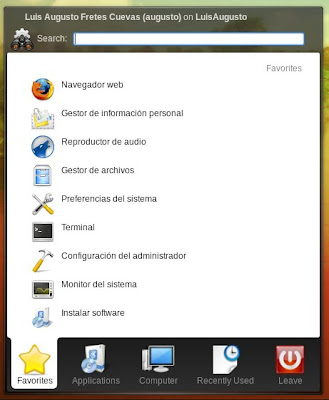 
Note : The preview posted here is based on Pre-Beta1 Release of KDE 4.2 which will keep on maturing as time passes. Most of the KDE apps like K3B , Amarok and others will début with KDE 4.2 for KDE 4.. Few already launched KDE 4 apps are KDEnLive, digiKam Beta , Amarok Beta , Gwenview and lots of new and improved K Tools.
​

Staff member
yup I will switch to KDE with Fedora 10

This is the one DE I am waiting for the most. KDE totally pwns all other DEs like Gnome. Its extremely fast and everything is so highly customisable and its highly functional apps like K3B never fail to impress. Glad to hear that Amarok2 and K3B would be able to make it to KDE 4.2, since there is NO replacement for K3B. But I really want KOffice2 and Kaffeine to make it. I really love Kaffeine, which I feel is the best media player ever - it has total functionality minus bloat.
A

yep you are right there.
OP

MetalheadGautham said:
Since KDE4.2 is just an update to KDE4.1.3, I doubt you need to wait for a distro to have this. You can just run system updater and upgrade to KDE 4.2 when it comes. Its not like the switch from KDE 3.5.9 to KDE4.0 you know
Click to expand...

You can't just directly update your 4.1.3 , atleast not yet. .you have to install it manualy via SVN or from Livd CD