Introduction
Although DDR5 makes a lot of claims, one of its key selling points is the increased bandwidth it can supply to computers with many of cores such as the new Intel 12th Gen processors. Since today's current CPUs may support up to 16 cores for ordinary PCs, memory bandwidth has become more and more crucial, but it goes without saying that new technology can perform worse than hardware that has had enough time to develop.

So why DDR5?
A future with denser memory sticks, which ultimately translates to higher memory capacity in your machine, is promised by the DDR5 memory standard. DDR5 may employ memory chips up to 64 gigabits in size, whereas DDR4 was limited to 16 gigabit memory chips. DDR5 can reach a maximum capacity of 2 Tera Bytes per stick thanks to the latter's support for die stacking with up to eight dies on a chip. In the mass market, DDR5 is likely to cap out at 128 GB per stick because that's how much most motherboards support. No point going beyond that. However, the first DDR5 memory modules employ 16-gigabit memory chips, thus we'll see maximum storage capacities of 32 GB in the near future. That density is still far off in the future. 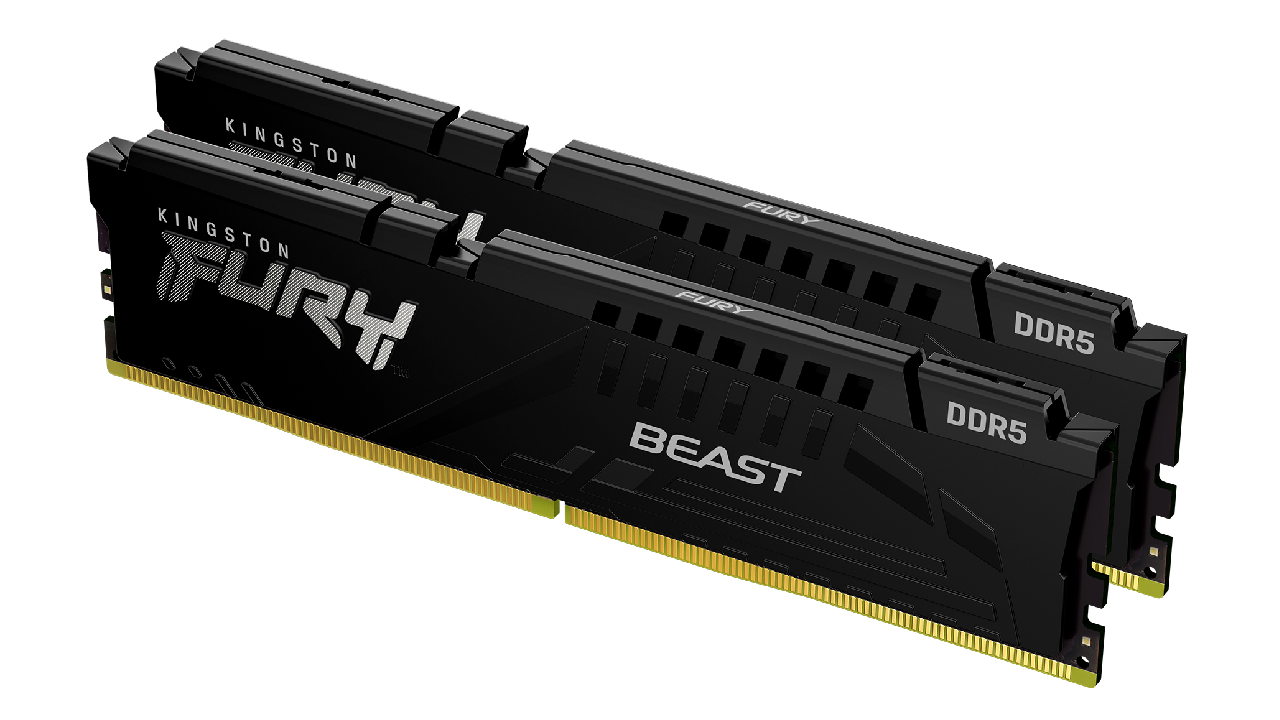 A single 64-bit channel is present in DDR4 memory modules (72-bit if you take ECC into account). DDR5 memory modules, however, provide two separate 32-bit channels (40-bit with ECC). In addition, JEDEC increased the burst length from eight bytes (BL8) to sixteen bytes (BL16). As was already indicated, the enhancements increase productivity and decrease data access latency. This transition essentially converts DDR5 into a 4 x 32-bit configuration on a dual-DIMM arrangement as opposed to the typical 2 x 64-bit configuration on DDR4.

DDR5 contains an operating voltage of 1.1V, down from DDR4's 1.2V, to continue the effort for greater power efficiency. The only memory kits available at 1.1V, nevertheless, follow JEDEC's timing specifications. For instance, DDR4 has a 1.2V standard operating voltage, but memory kits that are overclocked or higher-binned with tighter timings require additional power.

DDR5 will provide more capacity per memory module in addition to better bandwidth and reduced power consumption. Banks and memory density go hand in hand. To meet the additional capacity when the density is increased, you must also increase the number of banks. Eight groups of 32 banks make up the 32-bank configuration of DDR5. In contrast, the 16-bank DDR4 system has four groups. There are still four banks in each group; nothing has changed there. More pages can be opened simultaneously thanks to the increase in banks from 16 to 32.

DDR5 Performance
Testing the DDR5 performance is not easy. My system is built using the Intel 9900K which is 3 generations older than the 12900K system that was sent for this contest. There is obviously the performance difference between the processors since the cores and threads are much higher on the 12900K than the 9900K. And then there's also DDR5 on top of that which adds a lot more performance. Here are some of the tests that I ran. My work is mostly video editing and some 3D rendering so these are some of the softwares I know well.

Here are the benchmark scores.

Cinebench is a very popular benchmark for testing processors and memory from Maxon. It is based on their Cinema 4D software and has a single thread performance benchmark as well as a multi-thread performance benchmark to see how fast their Maxon Cinema 4D software can render scenes. We can see that the Kingston DDR5 memory kit running at 5200 MHz completely outperforms the DDR4 memory kit. 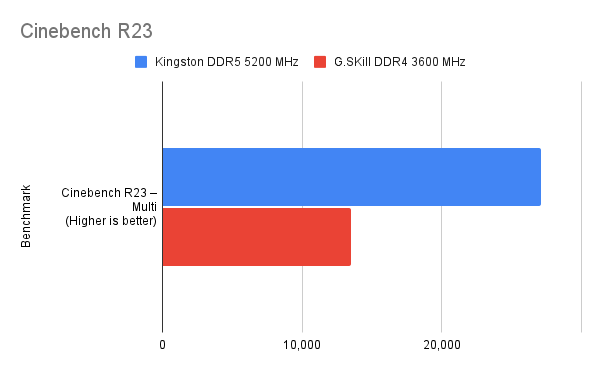 Blender is a open-source rendering software which is very popular among the content creator community for being extremely feature-rich. For the benchmark I used the BMW 27 scene which is an extremely popular test that properly tests the memory and processor. The time taken for the scene to render is what helps differentiate the DDR4 memory from DDR5 memory kit. 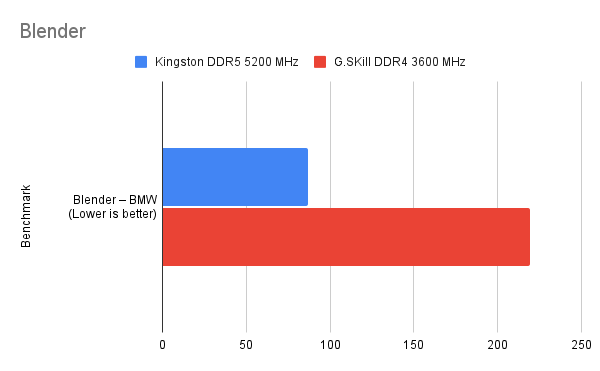 If you want to create photorealistic renders, then you need a software like Corona 1.3. There is a simple downloadable benchmark that can be run independently without the need to install all the massive apps. 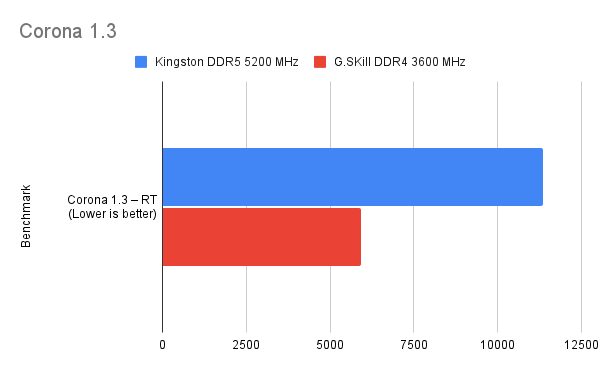 Handbrake is used for transcoding video files from one format to another or from one resolution to another and so on. We're looking at the number of frames that it can crunch out. The more frames it can output. The better your score will be. 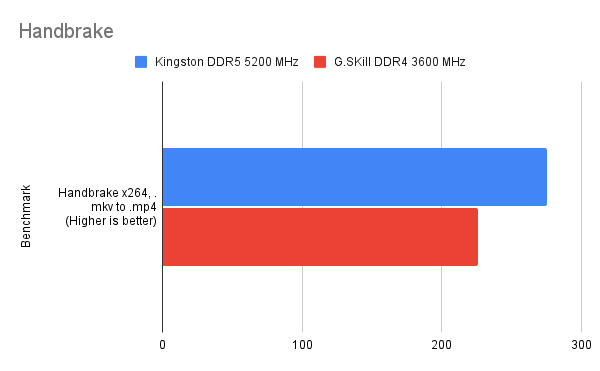 There is obviously a great performance improvement and a lot of that has to do with the CPU and RAM combo. Neither of them works alone and I didn't have a 12th Gen DDR4 board to test just plain DDR4 with DDR5. That might have led to more interesting results.
You must log in or register to reply here.
Share:
Facebook Twitter Reddit Pinterest Tumblr WhatsApp Email Share Link
Top Bottom