Bethesda released a mobile game called "Fallout Shelter" during its Fallout 4 show. It is currently released on iOS. Android version coming within 4 months

Player will play as vault oversheer. It's a fun game to play.
It's free-to-play and no internet connection required during gameplay.

It's available in appstore here

exactly as i guessed.. nothing for Windows phone..
K

A very optimized game. I am playing it and enjoying it. Android version should be on the way.

Tried it out on my ipad2. It lags and crashes, though I am not surprised, the device is not compatible.
K

JojoTheDragon said:
Tried it out on my ipad2. It lags and crashes, though I am not surprised, the device is not compatible.
Click to expand...

Oh man D: maybe you can wait for the Android version to pop up soon and try playing with an android emulator on the pc

Started playing. Its a great game.

Sharing some pics from reddit users palying this game. 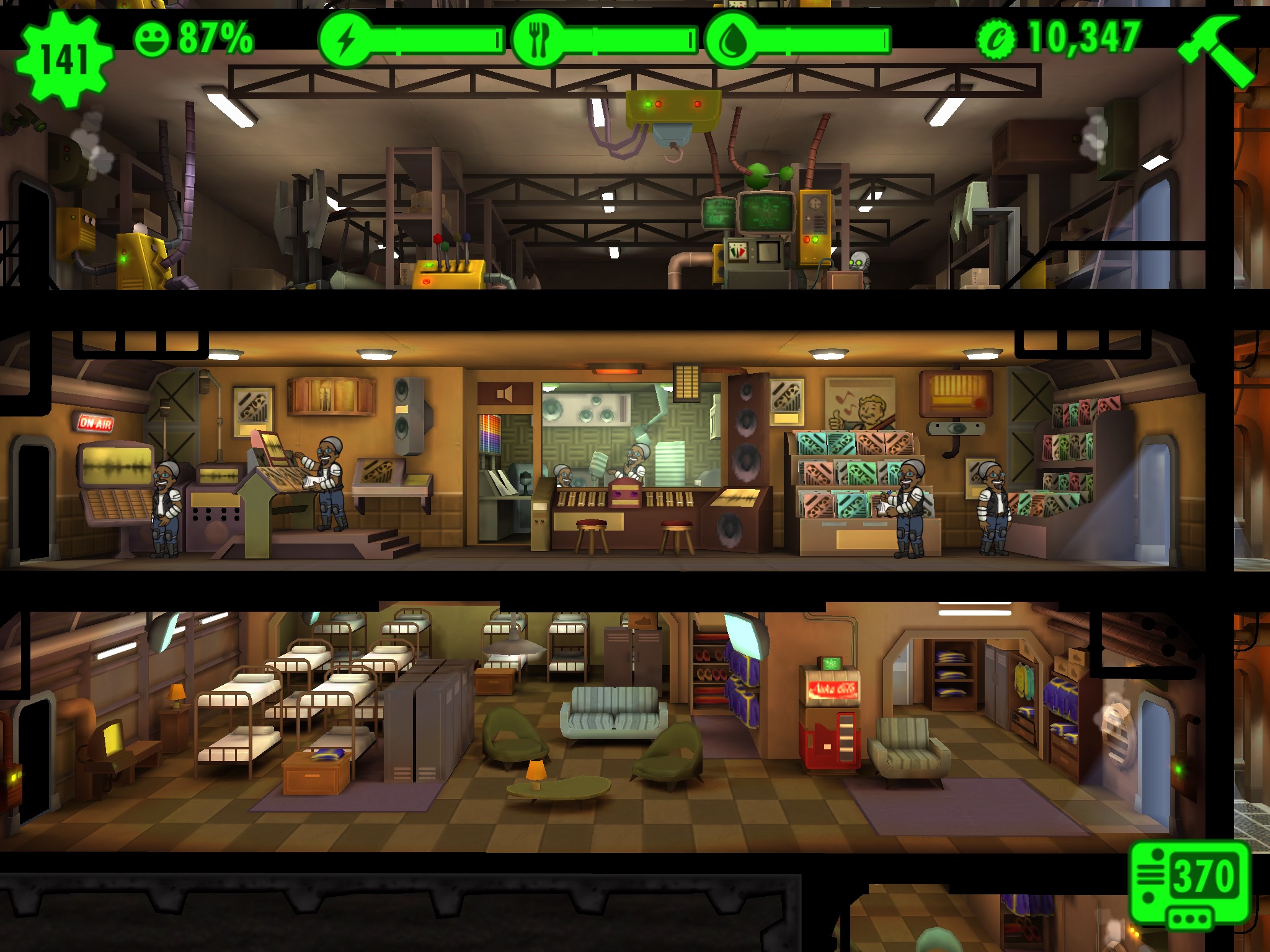 NOTE: Those who are starting, make sure you read the tutorial tips very carefully, all you need to know are those basics to maximize your vault's working state.

A Warning To New 'Fallout Shelter' Players On Android - Forbes

What a shite review. A guy is pi$$ed off just because there is no proper flow of the game in the end. Todd Howard (the game designer of Fallout4 at E3) himslef said that his mini game was first designed for thier workers only, just to keep them happy via casual gameplay. Then it got evolved bit by bit and they thought of sharing with rest of us people.

The game has no end, it goes into loop but what can we expect from a casual simulation game which was just made for the game company's employees only in the first place.

What does the review say?


A short review from my side


Just like a fish tank..
Watch the fishes, feed them...
But you cannot eat them