What is a NAS?
A Network-Attached Storage is a server, primarily used for the purposes of storing data, including music, documents, videos which can be accessed and managed by multiple users/devices.

Now you would ask, why should I purchase a NAS when I already have Google Drive/Photos for free. Great question, I found myself asking the same thing.

DS220+ is more than just pure storage. If you have a niche use-case there’s probably a way to make it work with a NAS - Create a surveillance setup, automatically download and stream the latest episode of your favorite show, create an encrypted folder for your important files, or run any other self-hosted applications. If you have a use case, there’s likely a solution!

I'll be using a single Seagate Barracuda 1TB with the NAS. While the HDD is not optimized for NAS but should be enough for review purposes. 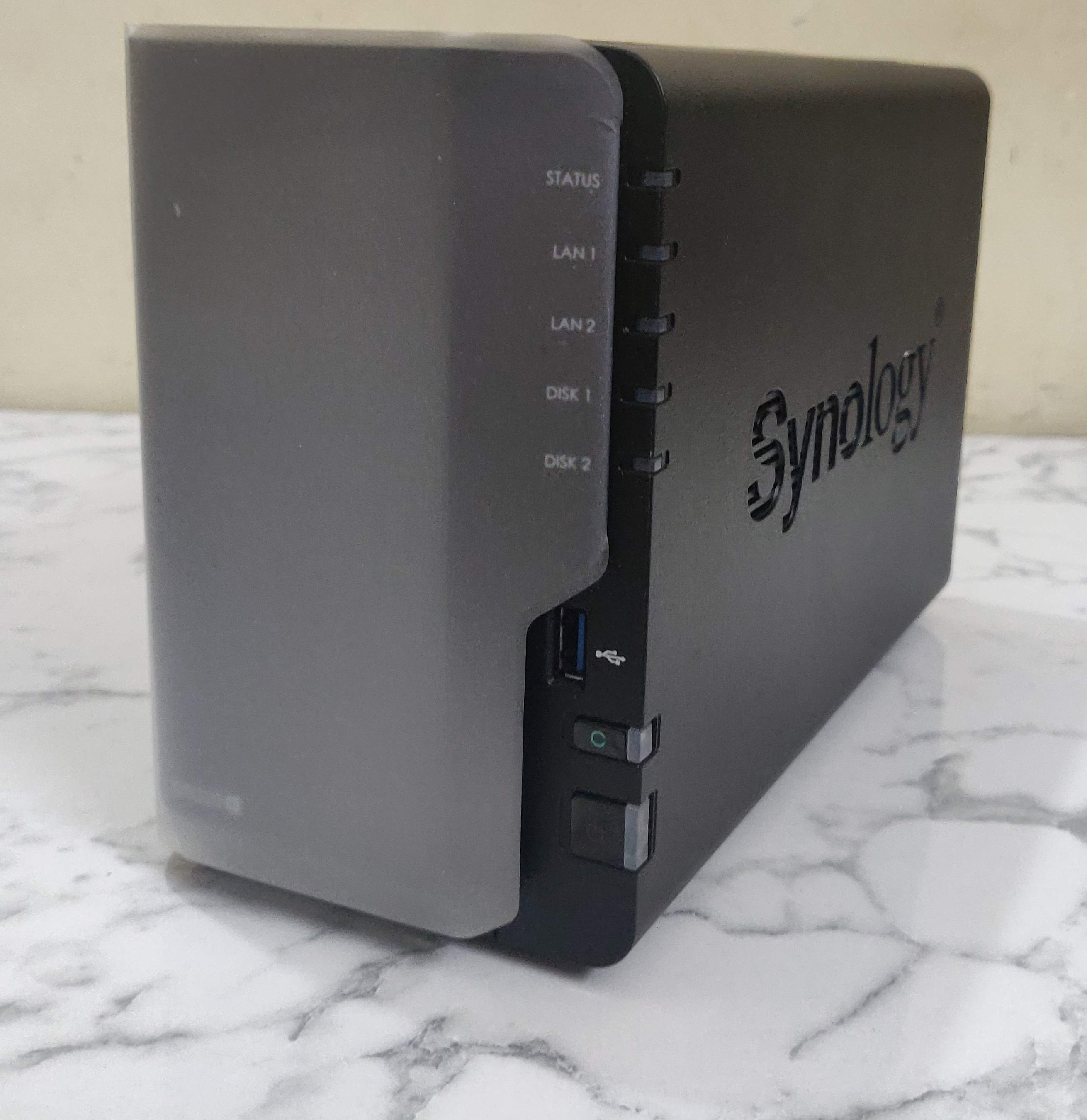 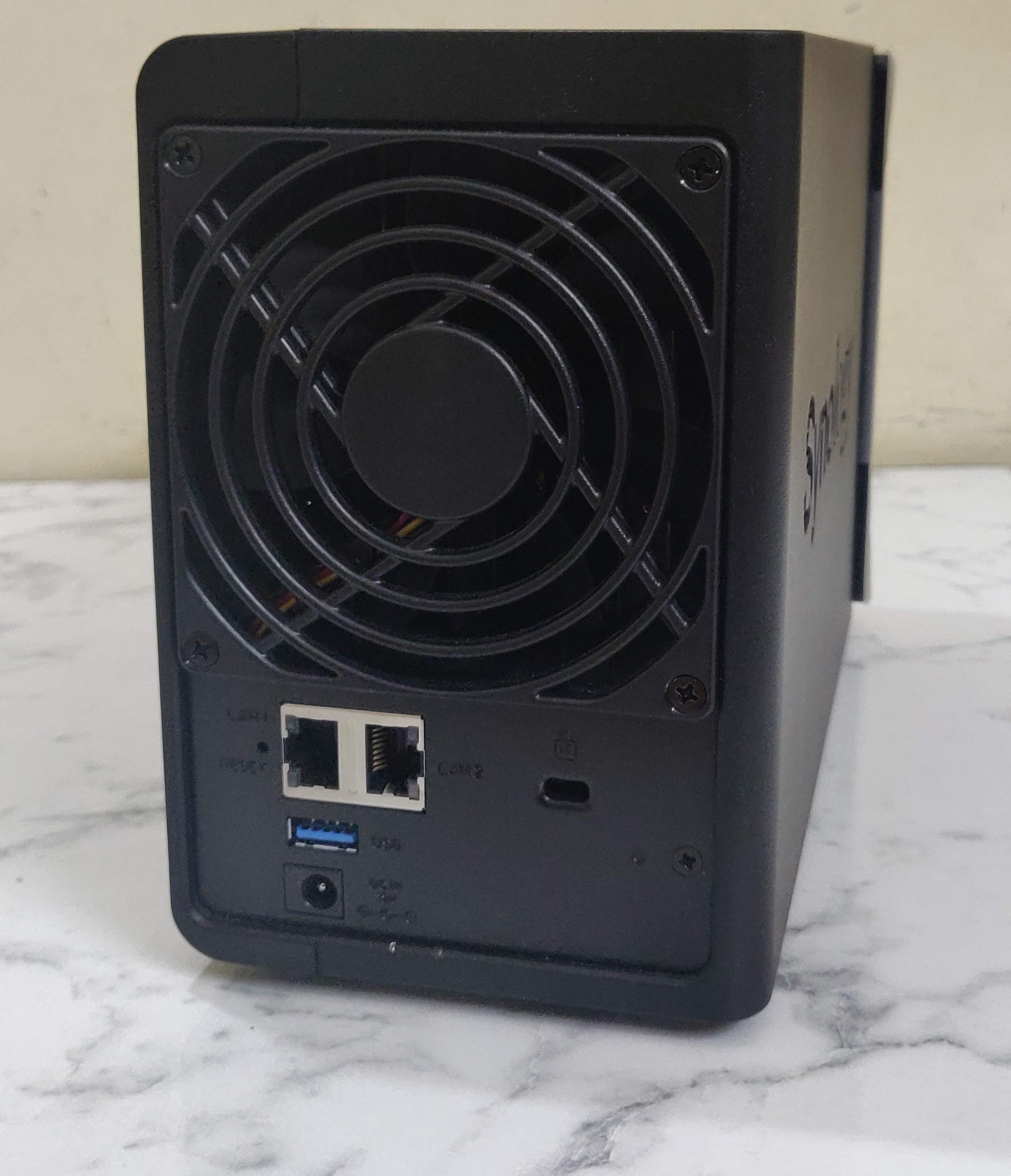 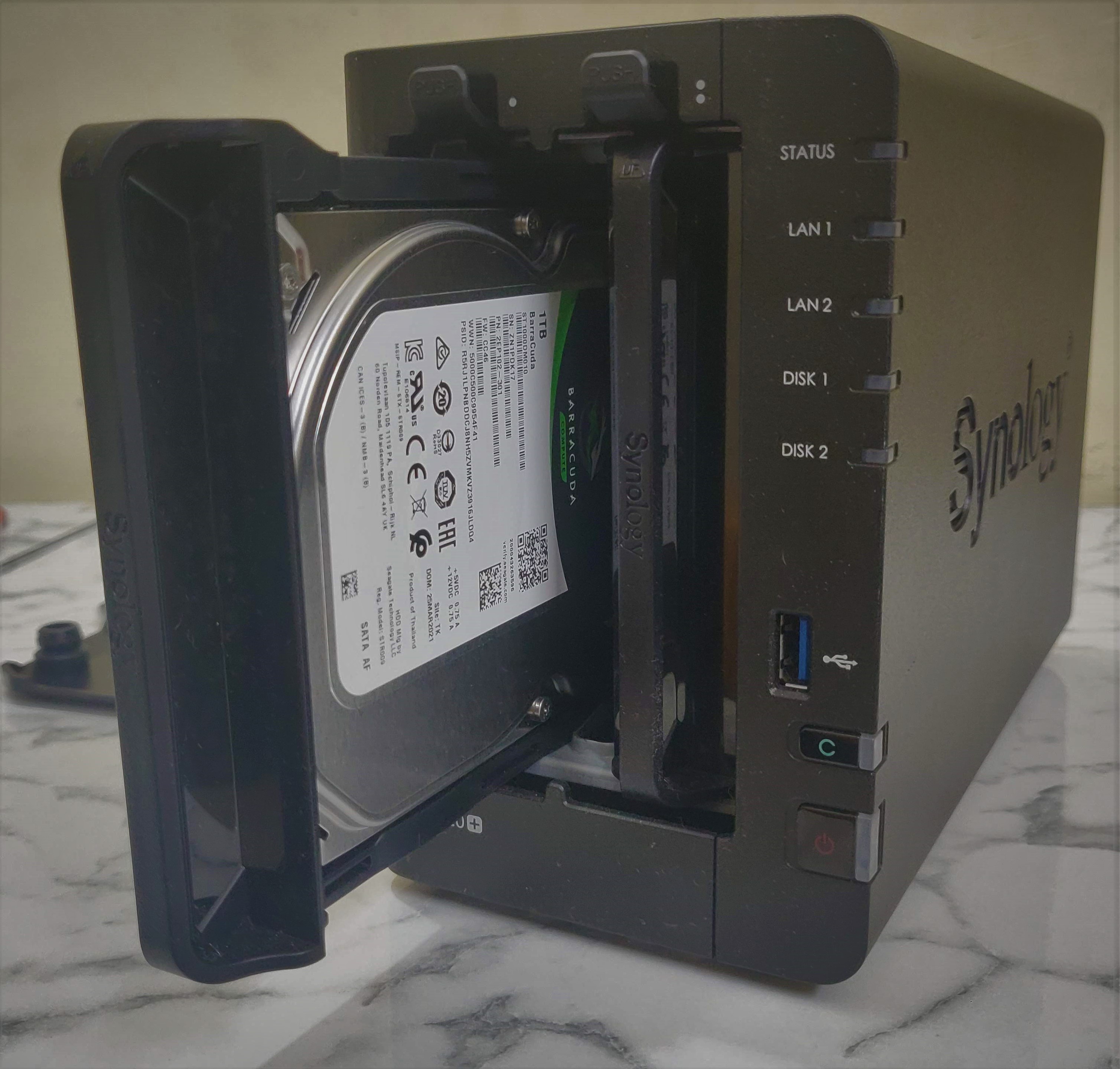 My only complaint about the build itself is that the HDD bay cover is too flimsy and easily comes off.

User Interface
Synology calls this web interface, DSM (Diskstation Manager). It is a web interface that mimics the look of an operating system. I must say, they’ve nailed the user interface. I have never used or set up a NAS before and I found the entire process was dead simple. It has been designed perfectly to accommodate a beginner, while at the same time it doesn’t abstract away features for a power user. It left a great first impression on me. Creating a beginner-friendly and intuitive interface is not an easy task, so kudos to Synology for this!

Quick-connect
Synology provides quick-connect where you can register your NAS with a name and be able to access it from anywhere on the internet. Again, extremely easy to set up. You don’t have to configure anything on your router and it works even if your NAS is behind a NAT. This is especially useful if you want to share files over the internet with non-users.

Using the NAS drive on Windows/Mac:
You can also mount the folders on your NAS as a network folder on Windows (and Mac). This will be how I’ve been interacting with the NAS most of the time, for all my storage, simple backups, and for consuming miscellaneous media. 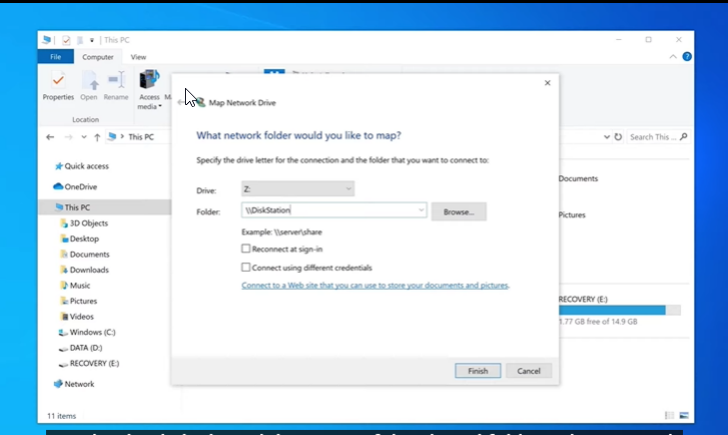 Speed/Performance:
I was able to achieve speeds up to 90-110 MB/s on LAN and 60-80 MB/s over 5G wi-fi. My litmus test for speed is however consuming media from the mapped network drive. I am thoroughly satisfied with its performance. Watching movies with a native windows client, media playback is near-instant, which is a huge plus as someone who often skips around while watching movies. 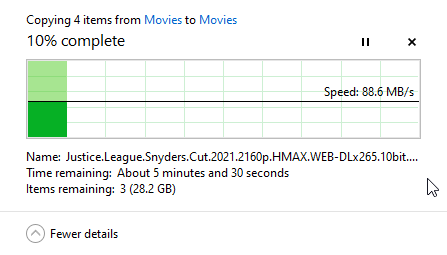 Apps on the DSM

File Station
Synology provides File Station which allows you to explore files, create shared folders between multiple users, and even share them on the internet. My primary use case was creating a few folders for my own use, a folder for use between my family members, and finally an encrypted folder for all my important documents. All of this took less than 5 minutes to configure.

Synology Drive:
This is an alternative to Google Drive. Your private cloud allows you to keep multiple devices synced. With Synology Office, you can also edit documents and spreadsheets on the drive. I have yet to fully explore this and will update this post in the future.

Synology Moments
Alternative to Google Photo. It works as expected. I’ve uploaded around 1200 photos till now, and the initial indexing took 25 minutes. It also comes with a mobile app, which I’ve installed on all my devices and now uses to sync my photos and share albums. Moving from Google Photos to Synology Moments has been a breeze and I haven’t faced any issues so far. Like Google, it also has image detection for selfies, people, landscapes, etc.

Plex
Plex is a streaming media service that I’ve been using locally on my Desktop for a couple of years now to stream movies and shows. I’ve since moved the Plex server to my NAS, and it works nearly as expected.

My only complaint is that some media in my library doesn’t run at original quality due to codec issues and has to be transcoded. While the DS220+ does have a relatively good CPU, live transcoding is not ideal for the 4k content in my library. Although for 1080p content, I have not faced any buffering or CPU bottleneck.

Overall thoughts
This review is still ongoing and I’ll review a lot more use-cases in the coming days. However, I’ll share my first impressions:
The DS220+ NAS is a beast of a device and handles every task I’ve thrown at it so far. The hardware is powerful and the DSM interface developed by Synology complements it perfectly. The package center contains apps for the majority of the use-cases and you won’t have to look for a custom solution. The interface is user-friendly and I highly recommend it for people wanting to move out of Google’s ecosystem.

Note: This is only the first draft of the review which I intend to expand by the end of this month. Moreover, I will post another review post 6 months of using the device.

Things yet to review: