I bought a new printer Canon Pixma G3010 and all my color prints has Pizza cutter marks. It is very annoying and is noticeable to the naked eye.

Couple of settings I tried to solve the issue

The pizza wheel marks occur on the entire width of the paper as the paper feeds out of the printer and passes through the metal rollers.

I had to keep the photo at a certain angle to snap the below image. 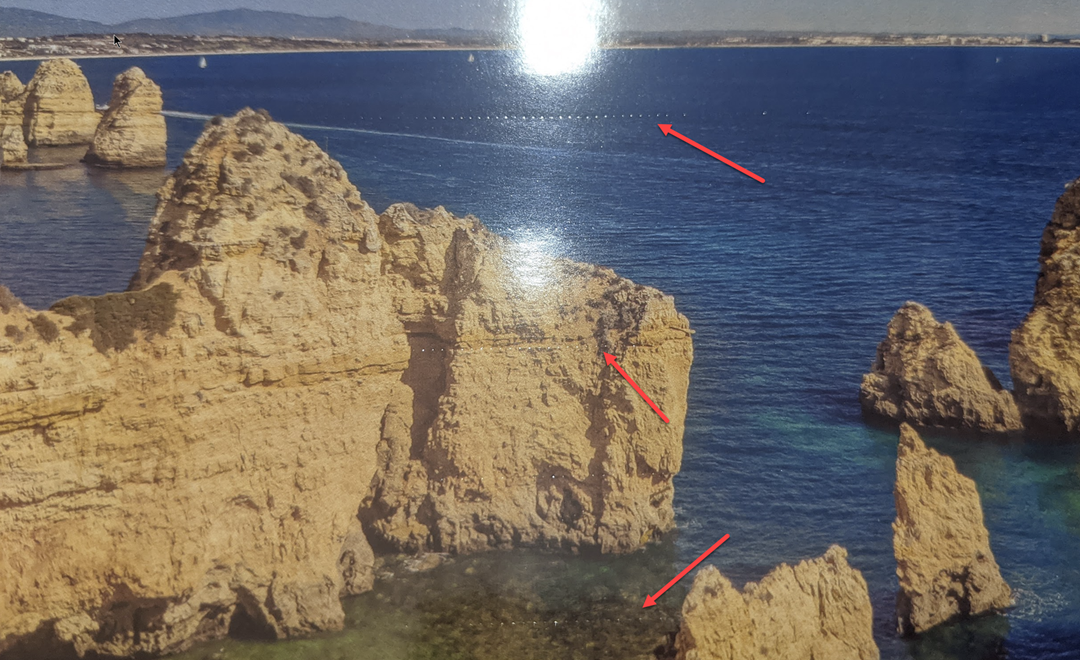 Yeah looks back. I think it's better to take it to service rather than tinker with yourself. Seems like hardware fault to me.

I spoke to the Canon rep and he told me this happens on all of them, which is hilarious. He suggested me to go for a different company model! LOLLL

Thankfully I have a return eligibility on Amazon till 13th. I am contemplating what to do about the same. Is this something that is common in printers of this kind?

Anybody using the Canon G-Series, what has been your expierence?

Also I have heard similar stories with Epson and Brother as well.

If I am not doing Canon, what is an equivalent model from another company to the one I bought? Need Scanner for sure with color printing and no cartridge drama!

This is my first printer, reasons like this is why I haven't ever owned a printer. Can never figure this tech out

venkig said:
I spoke to the Canon rep and he told me this happens on all of them, which is hilarious. He suggested me to go for a different company model! LOLLL
Click to expand...

That guy on the phone was stupid. There is some protruding part in the printer, which may be caused during shipping due to some jerk or maybe a manufacturing defects. That thing is destroying the paper. It does not happens like that.

It can also be paper is thick, that it maybe interfering with the rollers, which are causing that, but by any means, this is not a good sign. They are intended to print Flat, and not engrave some pattern.

return that thing and buy some other one...

Yeah definitely doesn't happen with every printer. Maybe send an email to the customer care when they ask for feedback about your helpline call.

Could be a defect in any way. See if you can take it to a local service else returning and getting a different one would be the best choice.

Sent from my vivo 1807 using Tapatalk

Just return it. In the reason cite the reason, "Customer care of Canon asked me to get some other company printer".

Vyom said:
Just return it. In the reason cite the reason, "Customer care of Canon asked me to get some other company printer".
Click to expand...

Exactly this should be done, one relies on a brand and its support after purchasing, and that support guy is misbehaving. Probably a fresher.
OP
V

I have a service engineer coming today, let's see what he has to say. Else I am returning the product

EDIT: Canon Rep visited home and said this happens with all their Inktank models. They said they checked with other users and this is the same behavior. Again encouraged me to go for Epson. He mentioned that the marks are only visible when viewed at a certain angle and they don't think it's an issue at all. Told me perhaps changing the paper to Canon Glossy paper might help but iterated that the marks won't fully go away

And trying to return from Amazon is showing me weird options 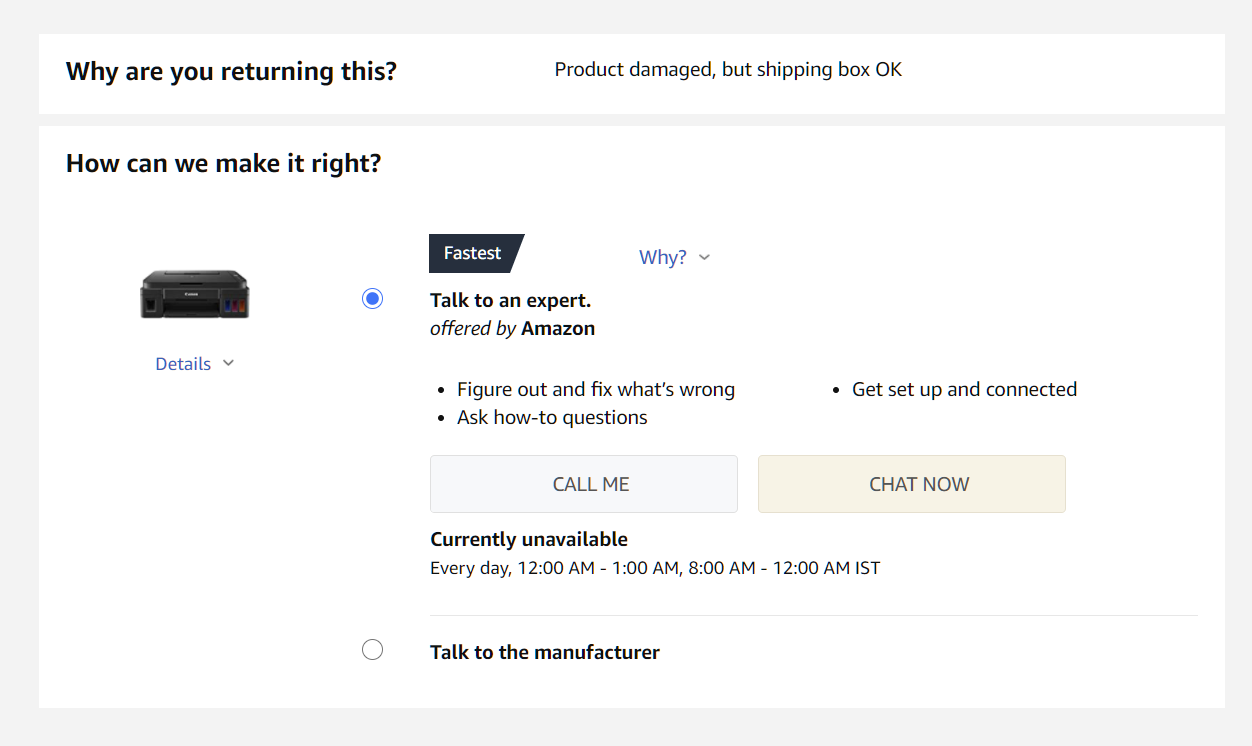 I am trying to replace it to see if it will get any better. If the second replacement also exhibits the same behavior then I want refund! I might just take up on his suggestion and get an Epson then.
Last edited: Wednesday at 3:06 AM
OP
V

Amazon said they don't have stock for replacement and is refunding me ....Sad that I have to part with the product now.