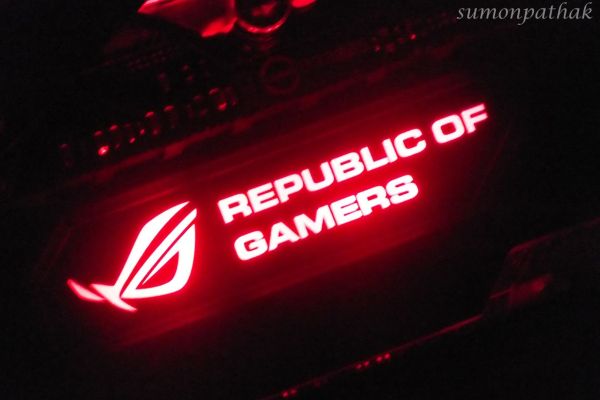 ​
Intel likes to update their processor architectures every couple of years. This however comes in two forms, which Intel likes to call ‘Tick-Tock’. Tick basically gives the present architecture a die shrink, adds a couple more features and optionally new instruction sets, while the more evolutionary Tock represents a new micro architecture. Let’s look back at the last couple of years before we delve into today’s review. With Sandy Bridge, Intel introduced a major architectural change, probably their best barring Conroe, and shook the market quite a bit. Ivy Bridge, the die shrink to Sandy Bridge, didn’t meet with as much enthusiasm as its predecessor due to the heat issues and a new chipset almost forced upon consumers besides providing near identical performance as comparable Sandy Bridge parts. All this time, Intel really did not have any true competition on hand. With AMD focusing on mobile parts and APU solutions and receding themselves into value oriented markets, they probably didn’t need to.
Enter Haswell - Intel’s newest Tock, featuring a 22nm process, and a plethora of other options including the voltage regulators now being on die and not on motherboard itself. With it, Intel has also introduced a chipset in the form of Z87 (as is obvious). With Haswell though, Intel’s focus is clear – providing the same/better performance with much better thermals and power consumption. It might not look important for the average Joe, but when you consider mobile space, and Ultrabooks or tablet hybrids like the Surface Pro, the advantage becomes really apparent. Z87 as a chipset is going through same iterations from motherboard manufacturers – most of them have today a consumer range, a gaming range, and an enthusiast range. Asus is no different. With Republic of Gamers, Asus already has probably the best branding in their hands, and it is divided into the following categories –


These boards range from $195 to $380 depending upon your choice/preferences. We are looking today at the Maximus VI Formula, priced at a hefty $300. Asus puts the Formula as their crème de la crème Gaming board, and equips the board with a set of overclocking and gaming features which they say are significantly better than others. The main one among them is what they call SupremeFX Audio. ROG shield also debuts with the Formula, with a plastic/metal sheath covering the board also seen in their Sabertooth series. 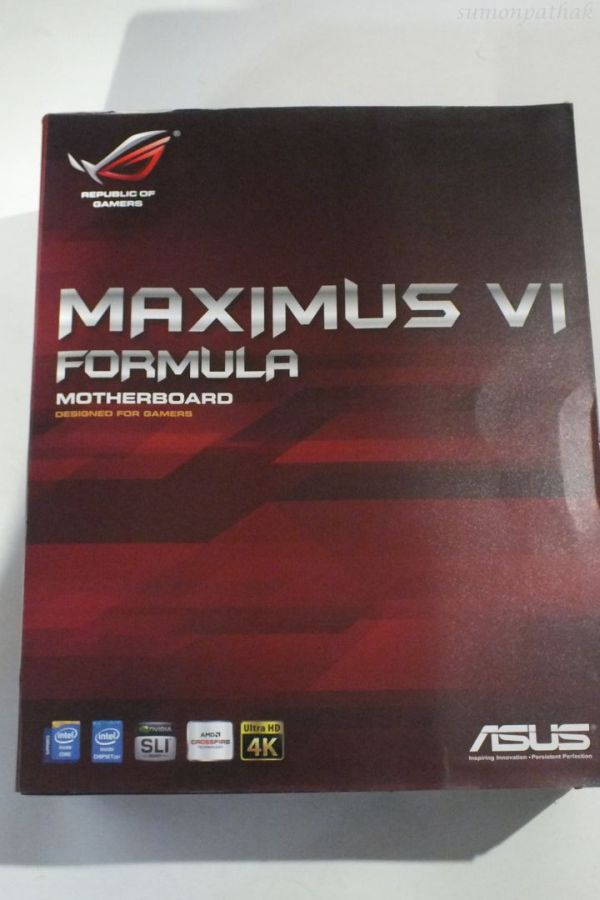 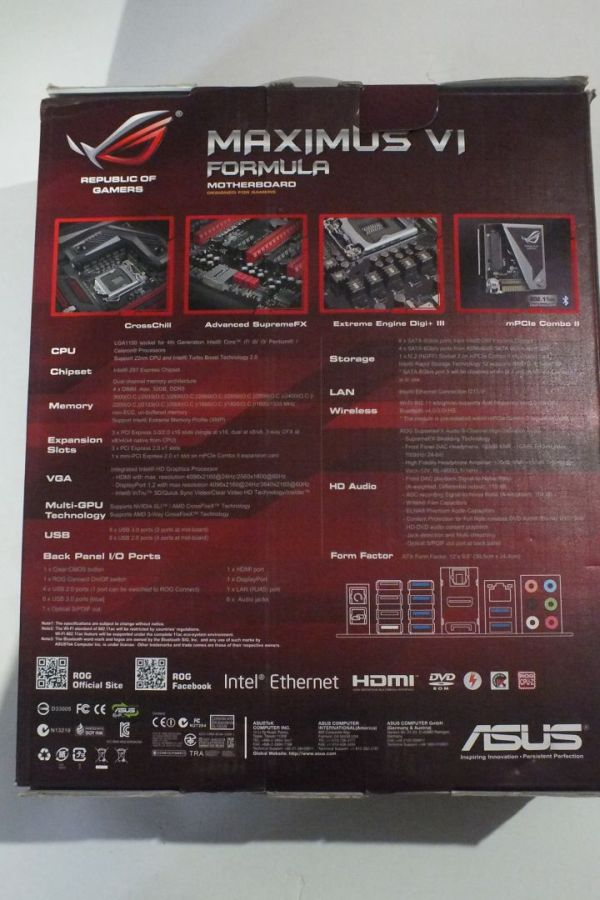 the boxes don't have much to write home about. Just the important details and a few promotion about the important features like Crosschill cooling system, Advanced SupremeFX and all. We will take a look at the specification then we will dive into features and and the things this board has in store for us.


So with that aside lets dive into some special features this board have..shall we? 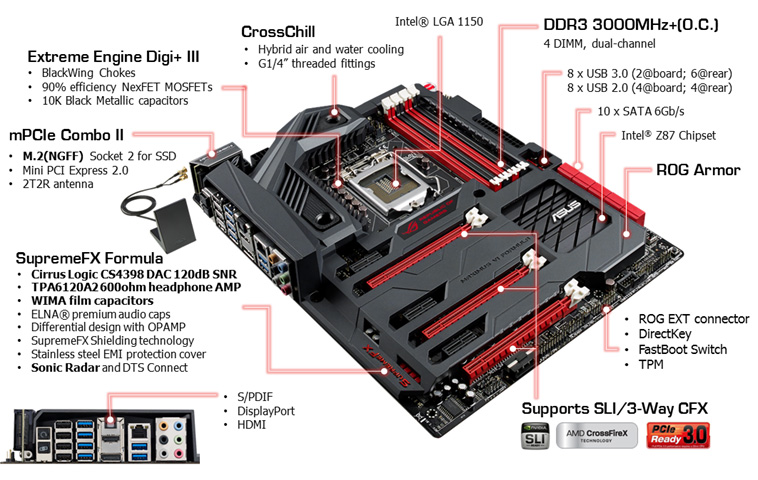 ​
Now the four main features in this board are


CrossChill hybrid cooling system
Crosschill has its roots in ROG history starting form the Maximus Extreme when they integrated an water block to the north bridge.The current form however started to take shape from Maximus V Formula when they integrated an hybrid water+air cooling for the VRM's. With CrossChill cooling system we have an base passive hybrid VRM ccoler fitted with an G 1/4th inch threaded fittings, the threaded fittings i am told that gives the flexibility to use any barbs ranging from ID 1/4th to 1/2 Inch to the user. Asus claims to have a reduction of 23C in VRM temperature while working[citation needed xD ]. 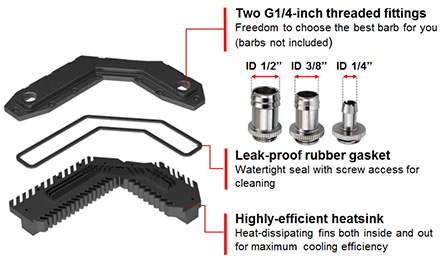 
Extreme Engine DIGI+ III
The ASUS Maximus VI Formula comes with an 8-phase black wing choke power design, more then enough for haswell since they deliver 60A per choke. 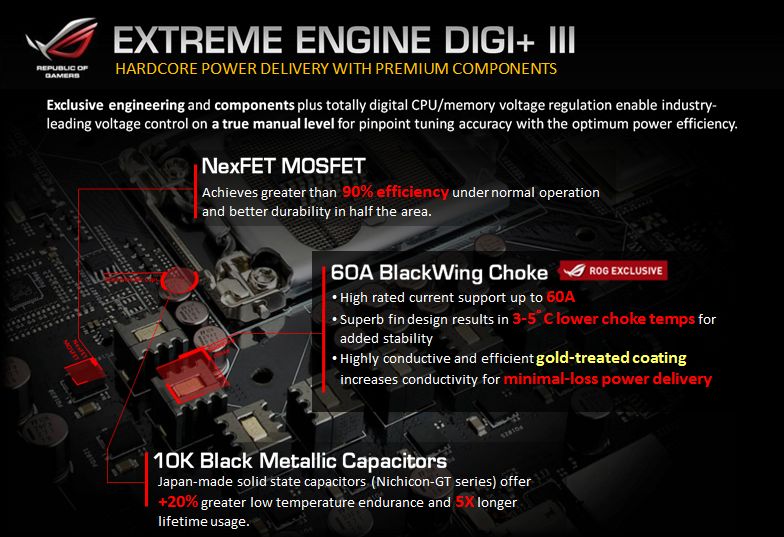 ​
The board comes with 8 phases controlled by IR3563A PWM controller which is like the creme de la creme in the world of VRM circuitry. Features overview part 2


SupremeFX Formula onboard audio solution
On the audio side Asus again opted for the SupremeFX solution which is becoming the signature of the Formula range. 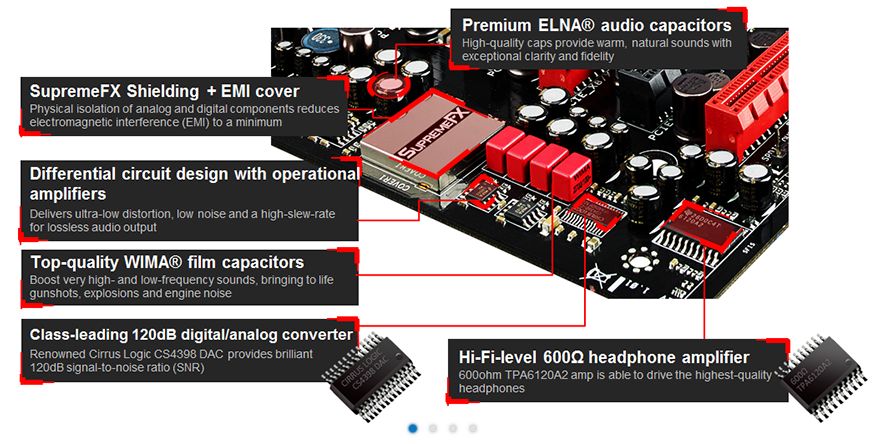 
Bundled with high quality ELNA audio and WIMA film capacitors its expected to give better audio experience than the competition. Keeping with the tradition the audio part is physically isolated form the PCB for minimal interference. 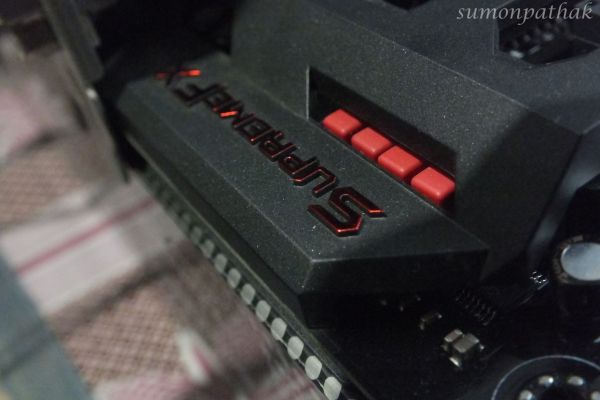 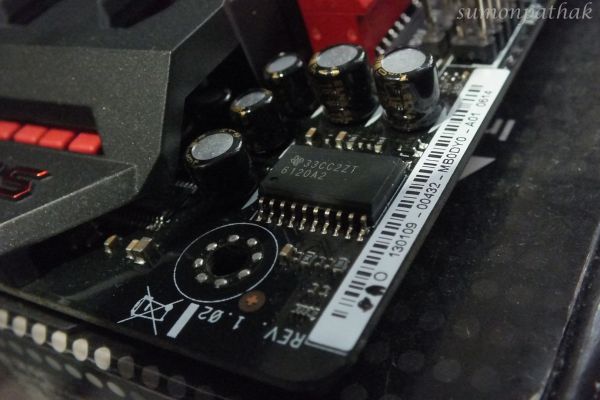 ROG Armor
one of the new features Asus have introduced into the ROG Z87 lineup is the ROG Armor, its basically the TUF armor form sabretooth series in a new design and a few extra stuff included. 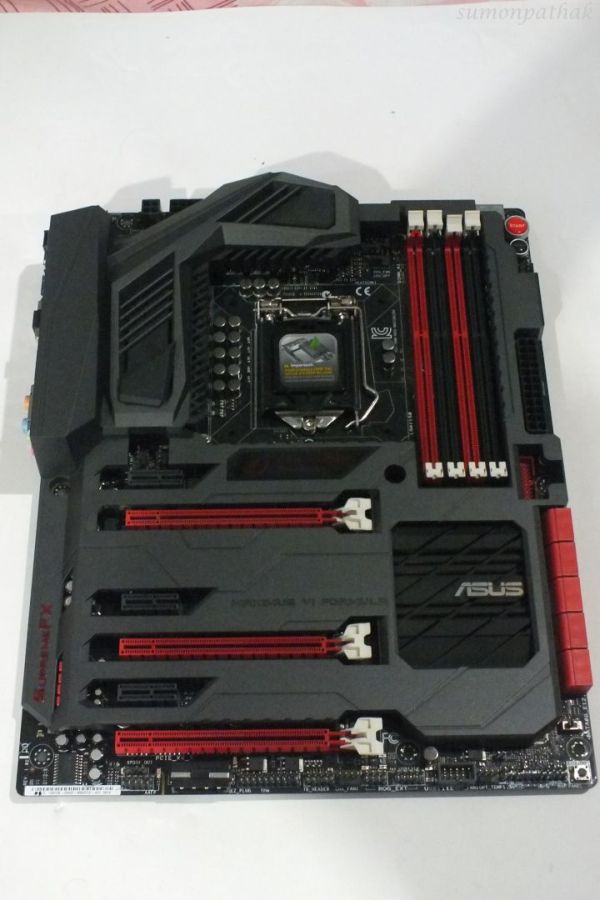 ​
that takes care of the features section.
Close Look I will take you all the in a visual tour around the boards, so sit tight and enjoy it. 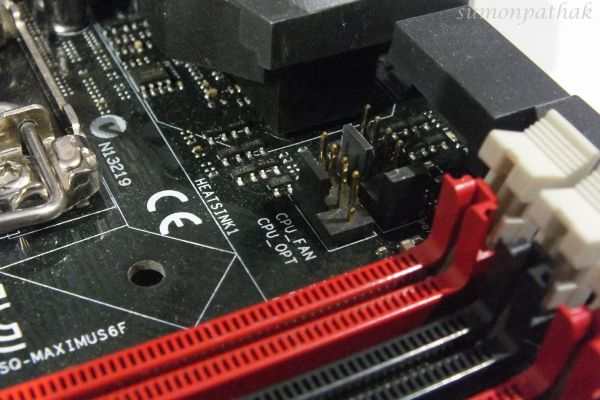 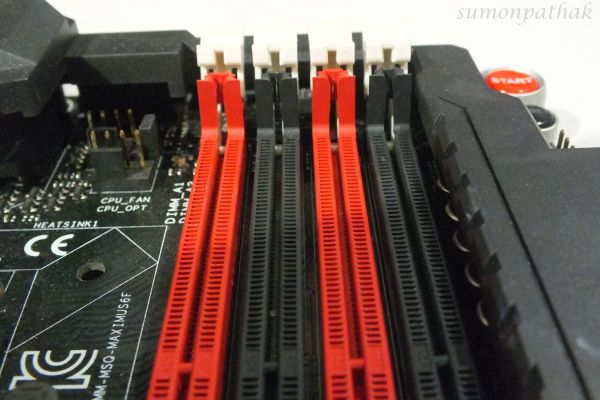 ​
The board is full of temperature prob and fan ports to keep the thermal signature to the minimum, we have eight 4 pin fan headers and 3 temperature probes scattered at strategic places. 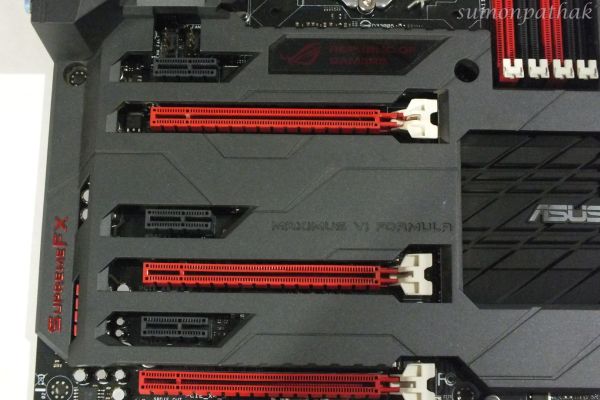 The PCIe slot layout is well defined, with two nicely spaced upper PCIe 3.0 X16 slots.SLI is supported or a triple card Crossfire. So in sli it will run at x8/x8 and in case of Amd card the third slot will run at x4. 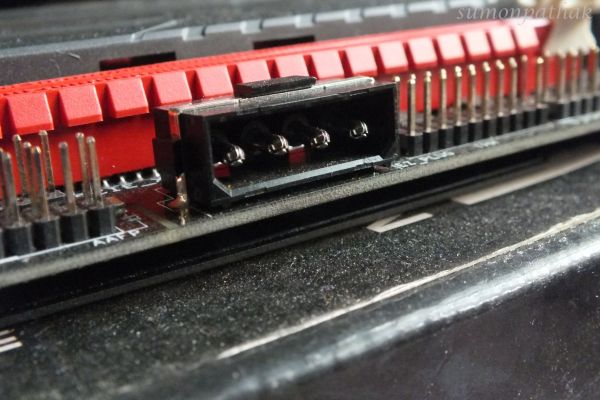 We got Three PCIe 2.0 x1 slots for other cards and a molex connector for providing power under heavy loads. 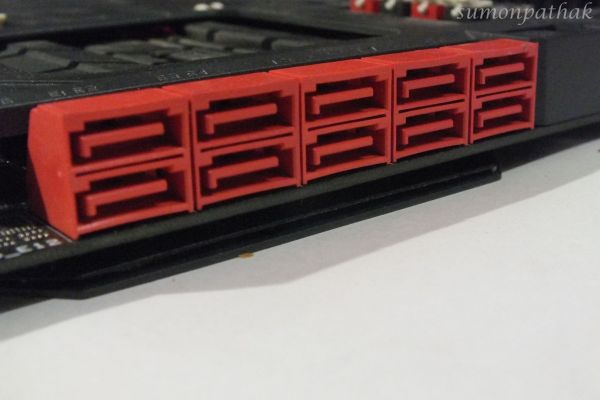 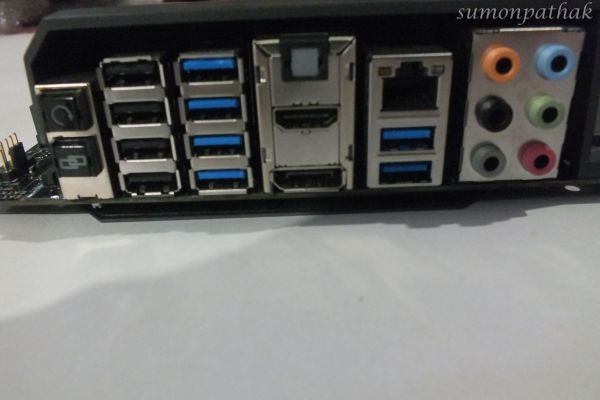 We have the usual filled to the brim style I/O panel at the back.
the panel includes
And last but not the least we see at the top portion the ROG style start and reset button with LED poster. 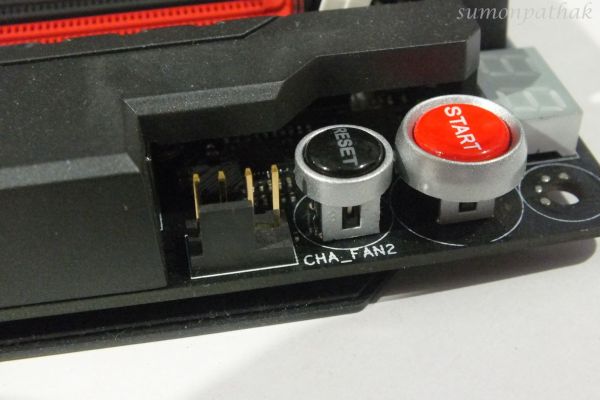 ​
i will close it off with few more pictures then dive into stock benchmarks. you might ask "Y U NO OC?" i will explain that too. 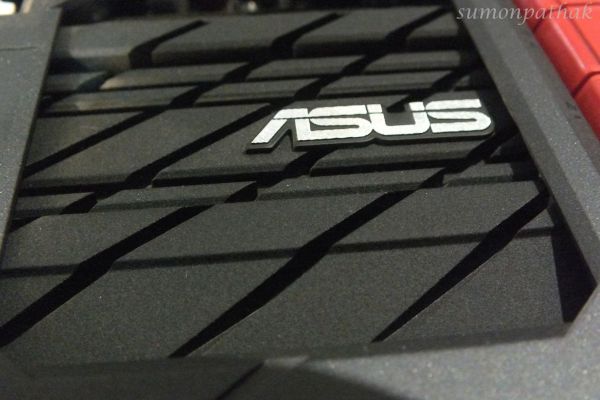 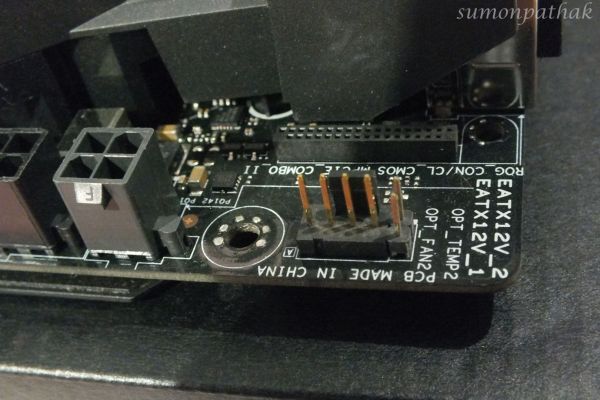 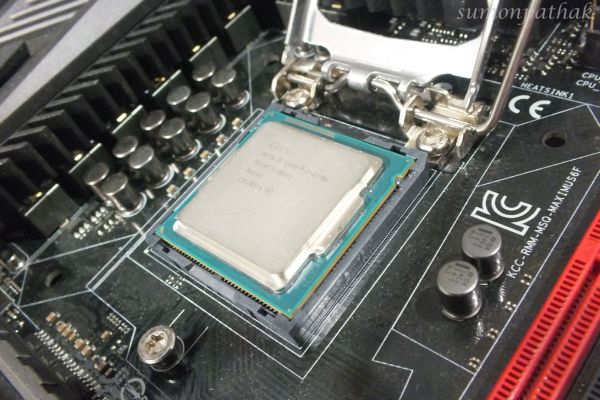 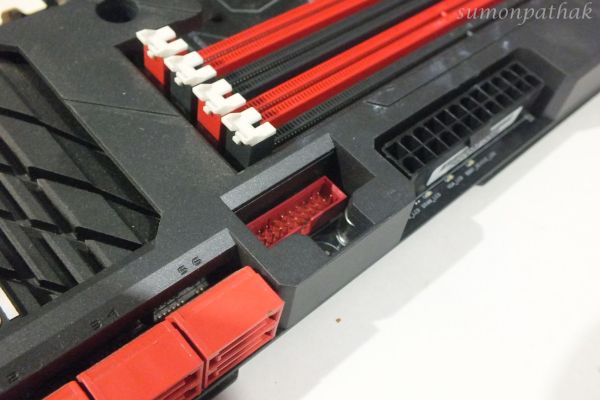 Benchmark and overclocking results​
but first i must tell you I didnt try to OC this sample much since the chip was very very bad. We got to a measly 4.2Ghz but the thermals was not acceptable even with a Swiftech H320 AIO. So sadly we have to go with the normal standardized stock result of the board, which was not much but i expect to do better next time.


Overclocking result
​
Apart form the tantrums thrown by the chip the board was an awesome overclocker: Here goes my two measly overclocks
4Ghz @1.15v and here are the few benchmark results: Am keeping it simple this time, given the chance i would like to re bench my whole suite with a better CPU.


That takes care of the benchmark and overclocking part.
Conclusion
​
the Formula range of board from Asus always had a mixture of style and functionality. With the sixth reincarnation of the board Asus included some new functionality as they always do and in the end they managed to make out a very good competitive product. Starting from the ROG armor to the MPcie Combo Asus never missed a beat. The software as always was beautifully integrated and the Bios was top-notch. Even with a bad chip the experience was never harrowing like many other faces. Overall a pretty good board form Asus now only if the price was a bit low. An 8/10 from me.

Until next time
Sumon

nice...you get to keep the mobo?
OP

nope...apparently u guys didn't give me enough cookies so that i can trade em from asus

Staff member
Admin
How much does it cost?

DeSmOnD dAvId said:
How much does it cost?
Click to expand...