they finally surpassed HTC for the company with "Best Overpriced Products "

apple is the god though

not even worth to create a special topic.. will be priced super high as usual.. don't know what happened to them

What's wrong with Sony? Z3 looks same to me, other then the overall decreased dimensions (how much I am not sure though), it's another Z2!

Love the Z3 Compact though, but I was strongly wishing the rear would not be made if stupid glass again. Uff!

wait for the pricing , going by their recent strategy i think they will price it 38-40k this time

rish said:
wait for the pricing , going by their recent strategy i think they will price it 38-40k this time
Click to expand...

Yeah, that's also my strategy. If at all, I end up buying it, that will be at least after 2 months after some price drop.

Last year, I really craved to buy Z1C but couldn't due to financial restrictions.
K

Sony really needs to reduce their bezels.. Plus we need some 'innovative' products. Not the same old revamped versions of previous phones..

Z3 Compact is great, agreed.
If cost is affordable for me, I'll decide one between Z3C & Galaxy Alpha
G

Any idea when the Z3 Compact is coming out...I need to get back to android...IOS just does not meet my requirements

guru_da_preet said:
Any idea when the Z3 Compact is coming out...I need to get back to android...IOS just does not meet my requirements
Click to expand...

Going by last year, it will at least take 2-3 months to come in India.
OP
R

z3 and z3c Launch will be much early this time.. expect both of them in stores in october itself

Nerevarine said:
based on previous Xperia E and E1, can we expect E3 to be priced ~8k ?
Click to expand...

you can expect something like Xperia M to Xperia M2 in pricing..

The Z3 Compact is the only Sony phone to look forward to in the remaining part of 2014
Cmon Sony, set your sh*t right, you are losing the momentum of 2013
OP
R 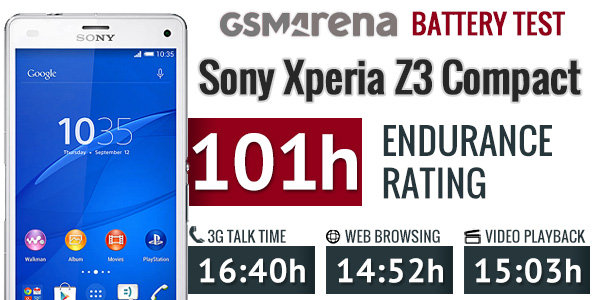 
rish said:
z3 and z3c Launch will be much early this time.
Click to expand...

rish said:
this is awesssoommeeeeeee...

rish said:
this is awesssoommeeeeeee...

Oh my god!... Sony is becoming really serious about the mobile market...
Click to expand...

Sony has revised its results forecast for the fiscal year and it's not pretty. The company now predicts a $1.7 billion (¥180 billion) in losses, which is 4 times the amount it predicted in its last assessment, back in July.

The predicted losses come from the company's Mobile Communications segment's Mid-Range Plan (MRP). Apparently, while the tech world is impressed with Sony's flagship Z series, its low- and mid-class phones are generally lost in obscurity.

The MRP's initial goal was to achieve a sales growth, however, it seems that didn't work out as planned. Sony now says it has revised the plan, keeping lower expectations of cash flow in mind. The new MRP aims to reduce risk and volatility, which, according to Sony, means a reduction of its mid-range devices. As far as flagships go – these will receive marketing strategy tweaks in different geographical areas.
Click to expand...