Wii U Does Not Support EA's Frostbite Engine
Click to expand...

i am wishing microsoft to go the online way, so i get a ps4

Rumor: 'PS4 E3' video shows the console in the eyes of the beholder | Joystiq

dont care if theres a war going on, but this is some damn good $hit... very learn-able.

you have no clue bro

I agree; lots of new things to learn here.

1. Facepalm won't be your saving grace buddy. You really have no clue on anything, let alone computing.
2. Take up journalism coz that suits you. No wonder your posts are a far cry of anything that's remotely technical. Why the hell are you mentioning ENIAC in this context lol.
Fortran was one of the first imperative languages ( i hope you understand what imperative means, if you have any experience with programming) developed to perform scientific calculations from a high level perspective, ideally for ibm 703. The idea was to avoid coding in assembly language. Still till this day, fortran is meant for general purpose computing for HPC applications that use a grid layout of computers or rather supercomputers. The correct term would be grid or distributed computing. Its still used for X86 architecture rather than vector processors. Like i said before, fortran just like any other high level language is for complex instructions and not used for gpgpu. It supports vector data type but isn't used in GPGPU which you confuse with GPC ( general purpose computing). High performance computing and parallel computing are different. GPGPU has to use a special programming model to harness the SIMD type architecture vector processors have. Multicore processors and vector processors are different. Fortran is used for the former. You are seriously confused. And btw, HSA is heterogeneous computing only.

Again foolish of you for bringing fortran for no reason.
3. This post begins with another journalist like sentence.
Btw, i do stick with my area of expertise and you already are starting to feel it don't you. A programming model defines an architecture, any architecture whatsover. Without it, no architecture is going to do anything. Think it technically, not like a journalist who tries to find words from a dictionary all the time. Lady ada lovelace ( the first computer programmer in the world), devised an algorithm to perform general purpose scientific calculations on the "Analytical Engine" created by "Charles Babbage". Without her work, the analytical engine would have been nothing but a pile of junk. Every programming model forms the backbone of an architecture. Disagreeing with this statement, you prove that you have no programming knowledge at all.

And btw, nobody tried to insult you or your brother. Both of you made fools out of yourselves coz of your own misdoings.
4. Oh yeah i'm mistaken. lol Go back to the study table and try to learn things and not copy definitions from the web. You have a history of doing so if i remember.
And wait, i'm losing to you?? That's the biggest understatement of the century. Go back and reading what programming is all about. HSA is too deep for your current state of mind to imbibe anything. You can't even differentiate between parallel and grid computing. Arguing with you is not only a waste of time for me but everyone in the forum. And, you are anything but a responsible CS student. The title is earned, not self proclaimed. lol

CUDA and open-cl were designed with GPGPU in mind and to harness vector processing capability of GPU's. Ultimately they are the founding pillars of HSA and form the programming model for HSA along with X86 model standards. They work in unity and not as separate entities.

Replies in bold.I hope this ends here. Enjoy your vacation and comeback like a responsible person.
Click to expand...

Why are you so hell-bent on proving you have no idea what you're talking about? Did you even understand what I wrote? Instead of trying to twist the issue at hand, try to respond directly.

2. You don't need to dictate what I should study, and obviously you won't find anything technical there because you don't understand these things yourself && because I don't need to use technical terms to prove my point. Besides, ENIAC is very relevant here because you've made another blunder by equating GPC and GPGPU as one and the same. Do you even remember what you wrote?


vickybat said:
General purpose computing was absent before cuda,open-cl and others.
Click to expand...

This is so wrong...I just said that ENIAC was a general purpose computer from an era when people could not even fathom dedicated graphics processing units, let alone GPGPUs.

Again Fortran is a very early programming language that was created with the making general purpose computing easier, and it was released in 1957, almost 50 years before CUDA and almost 9 years after ENIAC. So Fortran is very much relevant here. It just proves that above post wrong- the entire point of arguing with you.

3. You can point to Babbage's Analytical Engine all you want, but a fully functional unit was never completely constructed. This means that Lovelace's algorithms were never tested, and the accuracy can be only theorized, not realized. You're the one starting to feel it, that is why you're pointing to ancient designs without even verifying your facts. A programming model gives an architecture a reason to exist, but that does not mean an architecture is a programming model! Now I'll show you why you have not verified your facts: Babbage proposed his Analytical Engine before Lovelace made her algorithms. This means that an architecture was the basis for the formation of a programming model! Your folly is ROFL-worthy.

4. Do you even know what a definition is? It is the most concise way of giving the meaning of or explaining something without going into detail. So according to you I should post a page of technical jargon that a lot of people may or may not understand in a thread where that explanation may or may not be relevant (to the topic at hand). Are you serious? Or do you like to make people laugh? [sarcasm]You've made me laugh: ha...ha...ha :shrug:

[/sarcasm]
Maybe you thought definitions were meant to be mugged up, and not understood. The principal concept of HSA is easy enough to understand. Why are you even bringing up parallel and grid computing? Those two concepts were not even being discussed or debated, so you have no basis for accusing me of not understanding those two concepts. Stop trying to save yourself with false accusations.

And yeah I really enjoyed my vacation, gave me enough time to comprehensively respond to and debunk your BS.

Now, back to the topic:

Pretty interesting article that gives good insights on the Wii U Gamepad.
Last edited: May 16, 2013 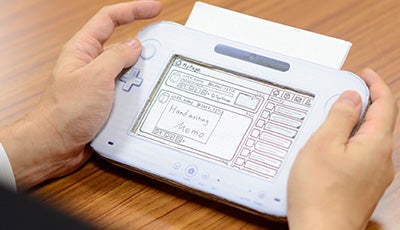 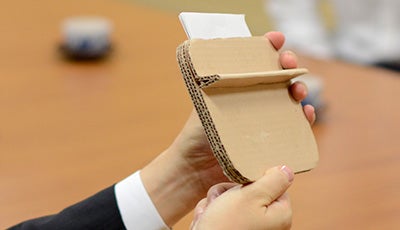 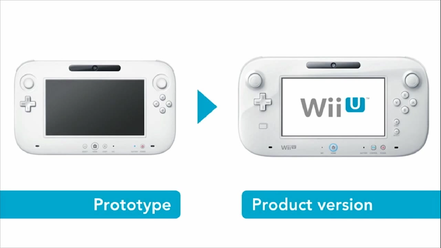 Time is 1930 IST. Wii U only for Europe. Will focus on games releasing this summer with another direct before E3 in June focusing on titles releasing autumn onwards. Also confirmed for Japan as a Wii U direct.

Hoping for a TW101 release date. Kamiya trolling as usual on twitter.

Time is 1930 IST. Wii U only for Europe. Will focus on games releasing this summer with another direct before E3 in June focusing on titles releasing autumn onwards. Also confirmed for Japan as a Wii U direct.

All aboard the hype train CHOO CHOO.

Considering that this will mainly focus on first party titles releasing this summer I'm not expecting any megatons like in the previous directs.

I'm mainly expecting information on Pikmin 3, TW101, Wii Party U, Game & Wario. Retro's secret project would also be nice. MH4HD ver. confirmed for the west would be an absolute bomb though. But knowing Capcom and given the recent release of MH3GHDVer. , it probably won't come out until 2014 at least(in the west).

Pick up Revelations Wii U by June 18, get signature weapon pack for free


Wii U getting bonuses over other versions o_o

EA Has No Games in Development For Nintendo's Wii U

Brown told Kotaku that that early run of EA games on Wii U represented EA delivering on its E3 2011 partnership.
Click to expand...

When you think about it, a company giving a bunch of half-assed overpriced late ports available for 25% of the price on other platforms to a console and calling it a day is pretty unprecedented.

Less than 30 minutes left for the Nintendo Direct

i think we should ban you two from this thread. Stop posting bullshit.

seriously.. why do we even bother?

NoasArcAngel said:
i think we should ban you two from this thread. Stop posting bullshit.

seriously.. why do we even bother?

if you dont have something better to do, go play on your Wiis.

if you dont have something better to do, go play on your Wiis Wii-U's.

if you dont have something better to do, go play on your Wiis.

I hate the Wii and the Wii U. And I did get back on topic FYI.