While the government is against cryptocurrencies, India is also exploring various use cases for adopting blockchain in governance.

The concept of blockchain can be extended to applications beyond cryptocurrencies – such as records, timestamps, event logs, health records, insurance, grants, and evidence books of the police. Using distributed ledger technologies (DLTs) for these applications ensures that the records cannot be fudged, are cryptographically secure, can be audited easily, and are resilient to single points of failures. The benefits are immense, cost and complexity are reduced with the removal of intermediaries, committing frauds would be nearly impossible, and the documents will not be lost if a building burns up. Such a DLT would be always on, working around the clock. We look at four specific use cases when it comes to governance.

In India, electronic health records are extremely fragmented and are implemented through different models by institutions and organisations. Because of the various vocabularies used, a major problem is the interoperability. Another problem is tracking the same patient across the different electronic health record systems. A centralised blockchain based electronic health record by the government could solve a lot of problems at once. Estonia has implemented just such a system. Every time, anyone in Estonia goes to a doctor, he is identified through an ID card (the Aadhaar card can be used here). The information stored in the record can be accessed by the doctors, which are the authorised users.

When it comes to something as personal as health records, ensuring privacy is important. A blockchain based system can have a permission management system, to make sure that say a cardiologist does not have access to the dental records. Such an implementation would make sure that the privacy of the individual is protected. Additionally, such a system would ensure interoperability and compatibility between the various electronic health records maintained by different institutions. The implementation of a blockchain would remove the need for notaries or trusted intermediaries in the record keeping. The record can speed up diagnosis, prevent repeated administration of tests and allows healthcare to be rapidly personalised.

Land records in India are a mess. The Digital India Land Records Modernization Programme or DILRMP was launched over 10 years ago, but has not succeeded in bringing land records in India on par with developed countries. Over two-thirds of pending cases in civil courts are related to land disputes. The data related to land registration and ownership is stored in various government departments, are not easily accessible, and are often stored in widely differing formats. Once implemented, a blockchain based land record would allow cheap, easy and quick access to the records. Currently, accessing these records involve physical visits to government offices, and the officials in charge may need to be bribed. Storing land records on the blockchain would also ease the operations of banks which have to resort to expensive measures to establish the ownership of the land parcels. The advantage is that the records will not require too much manual processing. The disadvantage is purifying and digitising all the existing data, which is bound to be a painful process, considering the current state of the DILRMP.

The United Nations Development Program (UNDP), in collaboration with companies with expertise in blockchain technologies, is testing transferring land records of Panchkula, Haryana to the Ethereum blockchain. The ability of Ethereum to support smart contracts, agreements between buyers and sellers that cannot be tampered with, is being leveraged for this initiative. In Telangana, the state government has already gone ahead and implemented distributed ledger technologies to track land titles. The initiative is called “Dharini”.

One of the biggest sources of grafting are middlemen involved in the distribution of social benefits. Over 900 million people in India rely on various government benefit schemes, which are distributed to them through the Direct Benefit Transfer (DBT) scheme. These benefits include pensions, scholarships and subsidies. However, there are several issues with how the money or subsidies are distributed. There is no prioritisation after considering who needs the benefits the most, there is still scope for loss through fraud or error, claimants may not have bank accounts, and the cost of transactions are high. The promise of blockchain here, is to remove third parties and intermediaries from the equation entirely.

Doing so would significantly reduce the cost of distributing the benefits. The leaks in the system can be plugged, and the details of the distribution can be securely and transparently recorded. Enrollments and de-enrollments can be managed through smart contracts. The payments made by the beneficiaries can also be tracked if the distributed welfare amount can only be spent at verified merchants. The beneficiaries can track how much of their benefits they are spending through this app. The app can also be used to make sure that the beneficiaries use the money they recieve in a wise manner. One of the problems of implementation of such a scheme would be the requirement of a smartphone. Less than 3 out of every 10 Indians owns a smartphone.

Fake drugs are a serious problem in India. According to the World Health Organisation, 20% of drugs in India are spurious, and 35% of fake drugs in the world originate from India. Niti Aayog has plans to put the entire pharmaceutical inventory in the country on the blockchain. The idea is to attach a unique identification number, along with a barcode, to every single pharmaceutical product, which will then be tracked at every point of distribution. Authentication of the product can be done through a smartphone application, which will be available to the consumer at the end. The information about the route that the medicines took to reach the consumer, will also be available through the app. Since the batches of medicine can be identified and tracked from production to consumption, the scope of spurious drugs being introduced is drastically reduced. Essentially, this will enable the government to track the drugs at all points in the supply chain, from the manufacturing units of the pharmaceutical company, to the pill boxes at individual homes. Niti Aayog has planned for a phased rollout of the system, with the pharmaceutical companies, wholesalers, distributers, pharmacists and consumers being onboarded in the first phase. In the second phase, hospitals will be added. Niti Aayog has hired Oracle to run a pilot test of the system, and intends to implement the system as early as 2019. 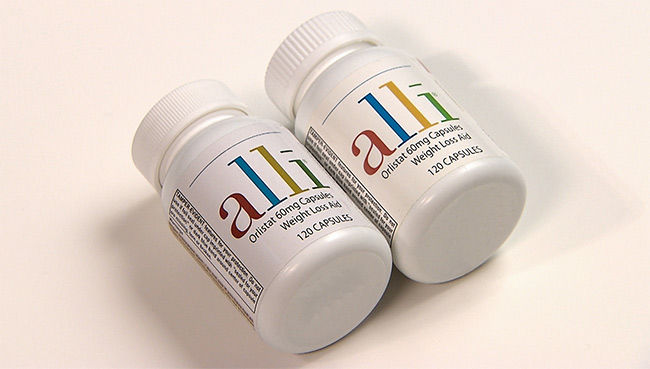 One is real, one is fake

NITI Aayog is working with international and Indian educational institutes, as well as the private sector, to explore various ways in which blockchain can be implemented to improve governance in India. It has conducted hackathons where participants have built prototype solutions for various sectors. Partner organisations are also developing various proof-of-concepts using distributed ledger technologies. Niti Aayog is also working on a platform called “IndiaChain”, which hopes to leverage the JAM trinity – the Pradhan Mantri Jan-Dhan Yojana, Aadhaar and Mobile. The IndiaChain platform will also allow developers to build applications for societal benefit, similar to the distributed apps on Ethereum. Niti Aayog also hopes to host a distributed data marketplace on top of the blockchain. Once implemented, IndiaChain is expected to be the largest deployment of distributed ledger technologies in governance.